Symantec to split into storage and security companies Featured 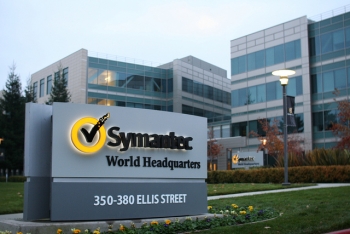 The company behind famed Norton antivirus software, Symantec, has followed in the footsteps of enterprises HP and eBay in announcing it will split into two separate companies.

Symantec announced it will split into two publicly traded companies, one selling security software and the other providing data and information management.

The Mountain View-based company said that separating its businesses will create greater growth opportunities and more value for its shareholders, and follows similar splits from eBay, which spun off its PayPal payments business, and HP, which just days ago split with the loss of 5000 staff.

Symantec said the decision to pursue a separation follows an extensive business review of the company’s strategy and operational structure, and will enable each company to focus on its unique growth opportunities, R&D investments, and go-to-market capabilities.

It's unclear if the Symantec separation will affect staff numbers.

Michael A. Brown will be the President and CEO of Symantec and Thomas Seifert will continue to serve as CFO. John Gannon will be General Manager of the new information management business and Don Rath will be its acting CFO.

Gannon served as President and COO of Quantum, and prior to Quantum, he led HP’s commercial PC business. Rath joined Symantec in August 2012 and previously held senior tax and finance roles with Synopsys, Chiron and VERITAS.

The announcement comes about six months after Symantec fired its chief executive Steve Bennett and named Michael Brown as his replacement.

“We really are in two businesses, and there are a lot of disruptive trends in each,” Brown said.

"The best way to execute better and grow faster is to be separating into two companies.”

Brown said that, unlike in the case of HP which struggled with tough market conditions, both of Symantec's businesses were experiencing fast growth.

“We don’t have a business that’s old and one that’s new,” Brown said. “These are both industry leaders in growing markets.”

As we reported in August Symantec recently killed off the 'Norton Antivirus' brand, instead moving to a subscription Netflix-style product called Norton Security.

The company's split may be indicative of a broader movement of big enterprises slimming down and spinning off, with more spin-offs expected this year than any year since 2000, according to Spin-Off Research.

And the New York Times reported more splits may follow, with storage company EMC under pressure from the activist hedge fund Elliott Management to break apart, notably with a full spinoff of VMware, a virtualization company of which it owns 20%.

"Symantec has been a headache name for tech investors over the last decade. It's nice to see the board make a decision that strategically makes sense for the company and its investors," FBR Capital Markets analyst Daniel Ives said, adding that the "cash-cow" storage business could attract interest from private equity investors.