Skills shortages an impediment to IT implementation: study 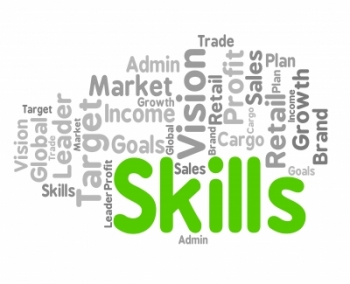 Many Australian businesses and their global counterparts say they are unable to meet future digital business needs due to a lack of skills, with new technology demands set to outstrip the skills supply, according to a newly published report.

The global study conducted for networking solutions provider Brocade by research firm Vanson Bourne found that 1 in 4 Australian businesses claim that they cannot deliver on current business demands due to staff shortages.

But despite the claims of skill shortages, Brocade says organisations that address this now through additional skills training will be in the strongest position to ensure business growth and competitive advantage.

Respondents to the survey also claimed that the lack of access to talent will prevent them from implementing new technologies efficiently, leading to a decrease in employee satisfaction and a resulting loss of market share.

The political environment in Australia was also slated by 54% of Australian respondents, who said that the current political climate made it difficult to hire employees with the right skills.

Other concerns over hiring of staff with the "right" skills mentioned by Australian business leaders were:

And, the study also reveals that businesses in Australia are significantly lagging behind Germany and the US in their preparation to meet digital transformation goals.

Brocade says that, overall, an encouraging 91% of global IT leaders acknowledge that IT departments are currently recognised as very important or critical to innovation and business growth.

But, more than half (54%) of the 630 IT decision-makers surveyed predicted they would struggle with a lack of IT talent in 12 months. Contributing factors identified from the research include skills shortages, prevalence of outdated skills, lack of commitment to training at the corporate board level and the rapidly changing technology environment.

“Now is the moment that IT teams feel they have the strongest opportunity to influence the transformation of their organisations. However, with a rapidly changing technology landscape and potential impact on international labour markets, it’s critical that IT receives the right training to further develop their skills and business relevance.”

The research also found that skills planning had to be aligned with other areas of business planning to avoid the risk of a “technology skills deficit”, where IT teams are expected to deliver the benefits of technologies that they are ill-equipped to implement.

According to Brocade, staff shortages and outdated skills are preventing IT decision makers from delivering on current business demands.

The study reveals that while organisations are attempting to move their IT departments away from their traditional roles, lack of skills and time required to learn those skills have held them back.

And, IT decision-makers believe this could be a major contributor to their inability to meet business demands, which Brocade says puts organisations at risk of falling behind their competitors and losing customers.

Training continues to be an issue for many IT decision-makers as day-to-day IT maintenance tasks take priority and, according to Brocade, for organisations to address the technical skills deficit, they first need to invest time and money – or face the consequences.

The study also found that:

There is consistent demand globally to spend more time on increasing skills — from 15% of time that is currently spent on this to 22%.

Respondents reported that insufficient budget (45%) and training time (45%) are constraining IT departments’ attempts to develop skills more than any other factors.

About 60% of respondents agree that the key to closing the skills gap would be to spend more money on training.

Brocade says Artificial Intelligence could “revolutionise” the IT skills that are required and the way that people work.

“AI is likely to replace a number of IT roles and tasks, but this doesn’t mean the end for the IT department. Employees need to have the right skills to be in a position to work alongside AI and embrace its future impact, so that organisations can unleash its full potential,” Brocade says.

And, when asked which current roles were already being replaced by AI, respondents said desktop support (23%), data analyst (20%), software testers (175), system architects (14%) and network engineers (11%) were at the top of their lists.

AI will also impact the role of the CIO, with almost 56% of respondents believing that developing AI-related skills is key to securing a role in the future.

More in this category: « Follow the money: how Microsoft evades the taxman Time to imagine the post-NBN rollout future »
Share News tips for the iTWire Journalists? Your tip will be anonymous