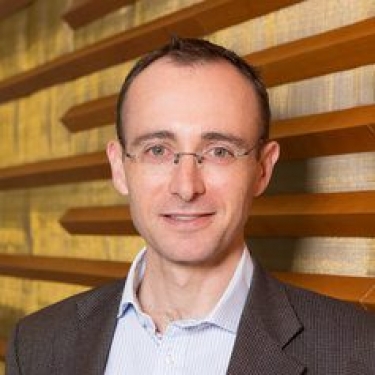 Science fiction is becoming a reality as a range of advanced technologies are starting to enhance human beings, with augmented humans one of the key trends identified in 20 predictions for the next 20 years in a new report by KPMG and Australian National University’s 3A Institute.

The report - 20 Predictions for the Next 20 Years - published by a KPMG Innovate team including partner & national leader James Mabbott - says that 20 years on from The Matrix (film), brain computer interfaces (BCI) are already being trialled, with Carnegie Mellon University and the University of Minnesota creating the first-ever successfully mind-controlled robotic arm.

“Changes in our environment, coupled with advances in technology will reshape our world over the next 20 years. In 1990, a mobile phone was a novelty, today we carry mini-computers that enable access to unlimited knowledge and information in our pocket,” says Mabbott.

“In a world where corporate leaders are often forced to focus on short-term objectives, this report aims to start conversations amongst business leaders, to foster the blue sky thinking Australian businesses need if they are to successfully navigate the challenges of the future,” Mabbott added.

Other predictions for the next 20 years include that a film written and created by artificial intelligence and computer-generated imagery will win an Oscar, that some countries will roll out a universal basic income, and that there will be an agricultural revolution that will see technology completely re-invent how food is farmed and produced.

“In The Matrix, genius-level skills could be instantly uploaded into the brain – a fantasy for anyone wanting to become an instant ninja or rocket scientist. Now, science fiction is becoming a reality as a range of advanced technologies are starting to enhance human beings,” says Mabbott.

“BCIs will significantly transform how we communicate – both with other people and with technology. They will be capable of accurately interpreting, storing, actioning and sharing thoughts and emotions.”

Along with BCIs and mind-controlled robotic arms, here’s a list of the key technologies Mabbott writes are likely to contribute to human augmentation including:

An army of Cybermen

Exoskeletons will also become commonplace, with the exoskeleton market predicted to reach US$5.8 billion in 2028 partly driven by military use. Exoskeletons are also assisting in rehabilitation, helping paraplegics to walk, but will eventually support people with their daily tasks. NASA, Boeing, Toyota and GM are among the organisations starting to deploy them. Eventually the technology will go beyond sensory and mobility aids to provide superhuman qualities and strengths.

Meanwhile the body itself is set to get an upgrade. Gene editing, such as CRISPR, will be used to manipulate our DNA and modify our bodies to live longer and enjoy a superior quality of life. Although still highly controversial, gene editing on human embryos has been performed in China with Russian scientists also considering the technique. While the initial aim is to eliminate genetic flaws, it could equally be used to change physical appearance and mental ability.

Writing about ethical concerns: risks vs advantages, Mabbott says that, unsurprisingly, there’s concern around the notion of augmented humans.

“It’s true that the technology has great potential for abuse, but it could also enhance lives and solve global issues such as disease and famine,” says Mabbott.

“An enhanced version of the CRISPR tool, with the potential to correct almost all disease-causing DNA glitches, is already causing excitement among scientists.

Medical nanobots will also be able to extend the immune system leading to longer and healthier lives and helping prevent pandemics.

“More productive and resourceful humans will be able to solve problems ranging from climate change and the lack of natural resources to how to eradicate the majority of diseases.”

Commenting on what he describes as “gamechanging disruption for business, society”, Mabbott says that organisations will need to adapt to accommodate new ways of working and many industries will be profoundly disrupted.

“For example, current superannuation and insurance business models will no longer be appropriate as people live longer and healthier lives – and as human biology becomes largely quantifiable and we are able to accurately predict health risks.

“There are social issues too, as enhanced humans may be able to carry out the work of multiple regular humans. As with the robotics and automation revolution, the potential for job loss and mass unemployment is significant. Organisations may need to pay a tax on superhumans, similar to the proposed tax on robots, suggested by tech leaders such as Bill Gates.

“Society will change too, as BCIs promote improved connection and understanding between people through emotion sharing and greater empathy. Indeed, there will be a significant shift in the diversity of humanity as consumers exercise choice over augmentation.”

According to Mabbott, ultimately for every jurisdiction that regulates against augmented humans, whether by banning gene editing or imposing restrictive rules and taxes on enhanced workers, there will be nations that embrace its potential.

Mabbott says the challenge is finding an ethical way to adopt these technologies, such that they result in a greater good to society, rather than harm.

“We have already begun the journey to augment our biological capability, but the coming decades will reveal to what extent society will use technology to extend the human potential and evolve homo sapiens into homo superior, a species of augmented super humans,” Mabbott concludes.

More in this category: « Edith Cowan Uni reduces IT costs with migration to Microsoft Azure VMware to acquire Nyansa »
Share News tips for the iTWire Journalists? Your tip will be anonymous