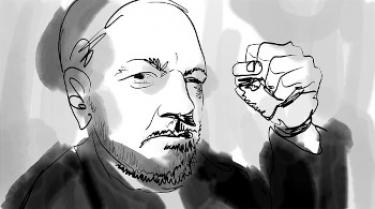 Image by Caitlin Johnstone from Pixabay

Pressure is being ramped up on the US as the date approaches for Washington's appeal on Wednesday and Thursday at the High Court in London against a ruling denying its request to extradite WikiLeaks founder and publisher Julian Assange.

A group of more than 25 press freedom, civil liberties and international human rights advocacy organisations issued a statement in mid-October, calling for the charges against Assange to be dropped.

The Australian, one of the best-known hackers in the country, was arrested by British police on 11 April 2019 and removed from the Ecuador embassy where he had taken refuge after being granted asylum.

His asylum was withdrawn by Ecuador shortly before he was arrested and he appeared in court soon thereafter. The US made a formal request for his extradition on 6 June 2019.

This week a US appeal for extradition of Julian #Assange will be heard in court in London. The Australian Govt has long refused to acknowledge the huge impact of this case on #pressfreedom. But it's not too late. They must speak up and press US Govt to drop the charges. #auspol https://t.co/ucz938XXAU

Julian Assange finacee @stellamoris1 speaks at yesterdays huge March for Assange in London, ahead of upcoming October 27-28 court hearing: "your right to know is what is being criminalized" #FreeAssangeNOW #NoExtradition pic.twitter.com/Cudl9shUUf

The organisations said they were were of one voice that the criminal case against Assange posed a grave threat to press freedom both in the US and abroad.

"We were disappointed that the Department of Justice appealed the decision by Judge Vanessa Baraitser of the Westminster Magistrates’ Court to reject the Trump administration’s extradition request," the statement said. "Especially in light of the recent news report, we urge you to drop that appeal and dismiss the underlying indictment."

The news report referred to claimed that the CIA had discussed plans in 2017 to either kill or abduct Assange.

The detailed story, published in September, said the American spy outfit was angry that WikiLeaks had leaked some of its hacking tools that year, which the whistleblower organisation called Vault 7.

"As we explained in our earlier letter, journalists routinely engage in much of the conduct described in the indictment: speaking with sources, asking for clarification or more documentation, and receiving and publishing official secrets," the organisations said.

Yesterday I was proud to march in support of the campaign against the imprisonment and extradition of Julian Assange.

Julian Assange is being persecuted for revealing war crimes and human rights abuses. This is an attempt to intimidate and silence journalists and whistleblowers. pic.twitter.com/PpaAvA2rca

"News organisations frequently and necessarily publish classified information in order to inform the public of matters of profound public significance.

"We appreciate that the government has a legitimate interest in protecting bona fide national security interests, but the proceedings against Assange jeopardise journalism that is crucial to democracy.

"In our view, a precedent created by prosecuting Assange could be used against publishers and journalists alike, chilling their work and undermining freedom of the press.

"Major news organisations share this concern. The charges against Assange have been condemned by virtually every major American news outlet, even though many of those news outlets have criticised Assange in the past.

"In light of these concerns, and in light of the shocking new reporting on the government’s conduct in this case, we respectfully urge you to drop the ongoing appeal of Judge Baraitser’s ruling and to dismiss the indictment of Assange."

More in this category: « Superloop sells Hong Kong operations and select Singapore assets to Columbia Capital and DigitalBridge GetCapital rebrands as Shift »
Share News tips for the iTWire Journalists? Your tip will be anonymous