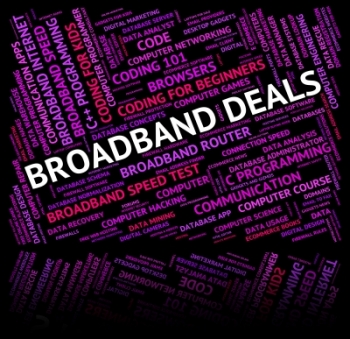 New Zealand's competition enforcement and regulatory agency, the Commerce Commission, says the country’s consumers are receiving increased value for money across a range of telecommunications services and broadband plans, with some fibre voice and broadband plans costing significantly less than the equivalent Australian plans.

According to the Commission’s latest annual telecommunications monitoring report, the telecommunications industry in New Zealand continues to change rapidly, with the continued strong growth in data consumption “highlighting the importance consumers place on participating in the digital world”.

Telecommunications Commissioner Dr Stephen Gale said around 74% of households in New Zealand now had a fixed-line broadband connection and there were 5.8 million mobile devices, with nearly all phones sold now being smartphones with Internet connectivity.

“The cost of Internet use has dropped over the last year with up to four times the data included at the same price points. 100GB in a fixed-line voice and broadband plan can now be bought for NZ$65, NZ$10 less than a year before. At the high end, a 100Mbps fibre voice and broadband plan with unlimited data costs $90 per month, 19% less than the equivalent in Australia.”

Dr Gale said the average broadband speeds had also been increasing, thanks to a “significant boost in fibre uptake, with fibre connections growing from 197,000 to 368,000 in just one year”.

“Those moving to fibre generally get all the speed they need, while congestion is also reducing on the copper network,” he said.

And, Dr Gale said mobile services were also very accessible in New Zealand, with an entry-level mobile plan with 50 minutes of calling and 100MB of data — “enough for messaging and online banking etc” — was priced at NZ$13 per month.

“Broadband and mobile service prices in New Zealand compare favourably internationally and it is pleasing to see our telco firms being responsive to the public’s consumption habits in terms of the pricing plans they have in the market.

“However, telecommunications consumers report a high level of problems and we believe there is plenty of room for improvement in customer service,” Dr Gale said.

Other key findings in the report include:

More in this category: « QUT takes a look at the future of ‘social robotics’ with Pepper Where is Veeam heading? »
Share News tips for the iTWire Journalists? Your tip will be anonymous