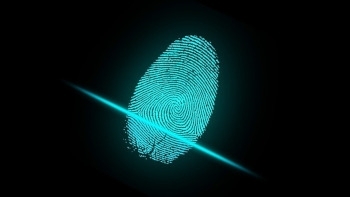 NEC Australia is taking court action to seek financial compensation over the termination of the Australian Criminal Intelligence Commission Biometric Identification Services project for which it was contracted two years ago.

NEC issued a statement on Friday saying that it had commenced proceedings in the Supreme Court of Victoria seeking recovery of costs and expenses following the June 2018 termination “for convenience” of the contract.

NEC has not publicly disclosed details of its financial claim.

The court action comes after NECA was chosen in 2016 by CRIMTRAC — the predecessor of ACIC — as the successful tenderer to deliver the BIS project for Australia’s Federal, State and Territory Police agencies.

The aim of the BIS project was to upgrade the agencies' biometrics capabilities from the current fingerprint-only solution to a multi-modal finger, facial and fusion solution.

In its statement NEC noted that, in June 2018 when the BIS system was substantially built and ready to undergo systems testing by ACIC, the latter took the “curious decision” to terminate the BIS project, “for convenience” (a process whereby a party to a contract can terminate, even though the other party is not in breach).

As iTWire reported in January this year, the Australian National Audit Officeslammed the ACIC over the failure of the biometric identity project, contracted to NEC, that had to be junked after more than two years and expenditure of $34 million.

In its statement released on Friday, NECA says that since the termination in June 2018, it had been attempting to recover its costs, “however unsuccessfully”.

“As a result and after careful deliberation, NEC Australia has decided to take legal action to recoup its costs directly related to the project by commencing legal proceedings in the Supreme Court of Victoria.

NEC cited the 56-page report produced by the ANAO in relation to the project, noting that it had concluded that "the subsequent administration of the BIS project by CrimTrac and ACIC was deficient in almost every significant respect".

And NEC also noted that following this report, the Federal Government’s Joint Parliamentary Committee on Law Enforcement had also considered the events surrounding the terminated contract.

“In neither report is NEC criticised for its handling of the BIS project,” NEC says in its statement.

“NEC Australia maintains it met all terms of its contract and was disappointed and surprised that a decision was taken to terminate at what it deems was beyond the 11th hour in the BIS project.

“NEC also notes that the ACIC CEO directed no criticism towards NEC for its expertise in areas such as Biometric project rollouts.”

NEC says in the statement that it “fully respects the right of the ACIC and its CEO to terminate a contract for reasons they see fit”, adding that “nevertheless a substantial investment in this project was made by NEC and the company is simply seeking to have the investment at the time the contract was terminated for convenience, returned”.

More in this category: « US court upholds NZ Domain Name Commission case over privacy AIOps - here’s how to do it right »
Share News tips for the iTWire Journalists? Your tip will be anonymous