Money for nothing: Google made US$4.7b off US news in 2018 Featured 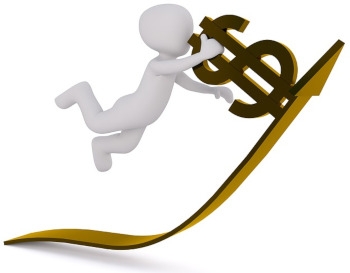 Search behemoth Google scooped US$4.7 billion in revenue from news content in 2018 for which it did not pay a single cent, according to a study by the News Media Alliance, a group that counts about 2000 American publishers in its ranks.

The amount of news in Google searches was found to range from 16% to 40% and the revenue came from crawling and scraping that content. The US$4.7 billion figure was a conservative estimate, the Alliance said, adding that it excluded Google's advertising revenue from publisher properties and data collected from news content.

The study was based on analysis by the strategy and economics consulting firm Keystone Strategy and included "a qualitative overview of Google’s usage of news content, an analysis of the amount of news content on Google Search and Google News, and an estimate of revenue Google receives from news".

Australia's competition watchdog, the Australian Competition and Consumer Commission, is due to release a report on digital platforms by the end of June.

News Media Alliance president and chief executive David Chavern said in a statement: “News publishers need to continue to invest in quality journalism, and they can’t do that if the platforms take what they want without paying for it. Information wants to be free, but reporters need to get paid.”

The study was released on Monday US time ahead of a hearing to be held by a House subcommittee on Tuesday on the relationship between big technology companies and the media.

Chavern pointed out that the Alliance had called for laws that would give news publishers a limited safe harbour to negotiate as one with companies like Google and Facebook for better terms.

The Alliance statement said a bill that would bring about such an outcome — the Journalism Competition and Preservation Act — had been introduced in the US House and Senate on 3 April and 3 June respectively.

The study said the actual value of news content to Google was difficult to quantify because of the diverse ways in which the company used such content to increase traffic, develop its own products and grow its dominance.

"Since January 2017, traffic from Google Search to news publisher sites has risen by more than 25% to approximately 1.6 billion visits per week in January 2018," the Alliance said. "Corresponding with consumers’ shift toward Google for news consumption, news is becoming increasingly important to Google."

The traffic to Google News (150 million unique visitors per month in the US) outranked that to top American news sites like CNN (95 million), The New York Times (70 million) and the Huffington Post (110 million).

Contacted for comment, a Google spokesperson dismissed the Alliance study as "back of the envelope calculations" which were inaccurate, claiming that a number of experts agreed on this. However, the company did not offer any experts' comments which could be quoted to justify this claim.

"The overwhelming number of news queries do not show ads. The study ignores the value Google provides," the spokesperson said.

"Every month Google News and Google Search drives over 10 billion clicks to publishers’ websites, which drive subscriptions and significant ad revenue. We’ve worked very hard to be a collaborative and supportive technology and advertising partner to news publishers worldwide."

More in this category: « Infosys launches Melbourne 5G Living Lab US formally requests Assange be extradited to face charges »
back to top