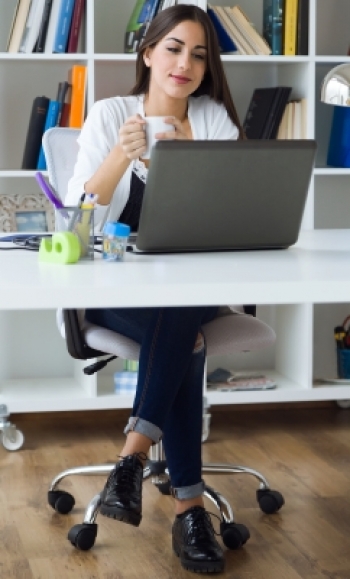 Men and women both agree that women are underrepresented in the technology sector globally, but nearly a third of men mistakenly believe women just aren’t interested in technology jobs, according to a new global survey.

However, the opinions of men vary as to the reasons for the disparity and on matters of equal pay, according to the survey of more than 3,500 IT governance, risk, assurance and security professionals by the global IT association ISACA.

The Tech Workforce 2020: The Age and Gender Perception Gap study also found additional gender nuances regarding the negotiation of salaries and job promotions, with the results showing that while men feel they are confident negotiators and women feel less confident, women are the ones who are more successful in obtaining raises and promotions.

Specifically, men reported slightly higher confidence levels in having a clear understanding of what they need to do for career advancement - however, more women (74%) than men (64%) claim to have been offered a salary increase or job level promotion in the last two years – which ISACA says may be a result of organisations actively addressing gender pay gaps.

“While it’s pleasing to see recognition and understanding within the IT profession about the underrepresentation of women, we still have a long way to go to achieve gender equality and equal pay,” said Gail Coury, board chair of One in Tech, an ISACA Foundation, and vice president and general manager, Silverline at F5 Networks.

“Disturbingly, this year’s research shows a growing perception that females find other professions more appealing. We need to ensure this perception does not become a reality.”

The research also shows that, given the current demand to fill positions, employees and job seekers are in the drivers’ seat – 70% of the workforce can be considered “in-play” in terms of being recruited, saying they “definitely” or “may” foresee changing jobs in the next two years.

The majority of business technology professionals are getting rewarded with raises and promotions (66%) and have very high job satisfaction, however, compensation rewards do come with trade-offs, the study reveals. The majority (over half) of the business technology workforce report experiencing stress or burnout - prompted by heavy workloads, tight deadlines, long hours and lack of resources.

ISACA says that, interestingly, the perspectives on career satisfaction and mobility vary according to age, with younger professionals more likely to job hop and less likely to tolerate workplace stress:

“In a white-hot market for all manner of IT audit, risk and compliance professionals, attrition is a constant challenge. You cannot effectively address your organisation’s risks if you ignore the risk of losing your valued team members,” said Derek Duval, owner of Duval Search Associates, USA.

“How do you retain your people when career options abound and ‘company loyalty’ is a laughably outdated concept? Here is the answer: Mentorship. Engagement. Connection. Express a genuine interest in your people and help them learn and grow while they contribute.”

More in this category: « Samsung teams up with Finablr to offer money transfers in US Spotlight on missing persons in national hackathon »
back to top