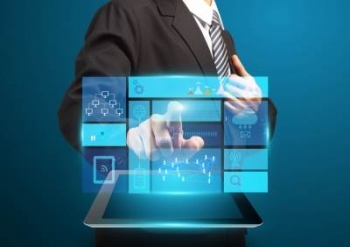 The digital transformation of business is gathering pace, with 73% of firms worldwide now digitally enabled to some extent. But, newly published research shows that the rapidly changing ICT environment poses big challenges for chief information officers, with many revealing that they now have less control over IT spending than ever before.

According to the global survey by IT solutions and managed services provider Logicalis, 40% of CIOs now say they make 50% of spending decisions or less, at time when they are challenged to respond to the threat posed by digital disrupters like Über and Airbnb.

Logicalis says the trend is also reflected in the frequency with which CIOs are bypassed altogether – with line of business buying technology “without involving IT at all”.

The survey shows that the proportion of CIOs reporting that this happens often, very often or most of the time has risen from 29% in 2015 to 39% in 2016.

According to Logicalis, one result of this loss of control is a move away from centralised IT, with more and more CIOs now operating in "distributed" IT environments.

“This decentralisation of IT, a natural extension of ‘shadow IT,’ is no longer seen as subversive, however, and is instead viewed as a positive and essential element of digital transformation,” Logicalis notes.

By way of example, Logicalis says that though the vast majority of CIOs (83%) report that line of business departments now employ IT people whose role is to support business function-specific software, applications and cloud services — or shadow IT departments — CIOs seem content to work with them.

And, the survey reveals that more than a fifth (22%) work with "shadow IT departments" on a daily basis, with 41% doing so at least weekly.

Overall, the study found digital adoption confirms to an “innovation bell curve”, including that:

•    The digitally enabled innovators, or digital disrupters, account for 7% of businesses;

•    Laggards, or those not digitally enabled at all, account for just 5% of businesses.

“This speaks both to the huge benefits that digital transformation brings, but also the scale of the challenge posed by digital disrupters and early transformers – while such a rapidtransformation almost certainly means big changes for CIOs and IT departments,” says Mark Rogers, chief executive, Logicalis Group.

According to Oliver Descoeudres, marketing and alliances director, Logicalis Australia, the markets is now seeing CIOs and their IT departments “increasingly collaborating with thelines of business to find new solutions for IT problems”.

“There’s also an evolution of the IT org chart, with the IT organisation embracing business-facing roles that provide an interface between the IT department and the lines of business. The challenge for CIOs is to find ways to embrace ‘shadow innovation’ without compromising security and governance controls.”

Descoeudres says that together, the combination of IoT, distributed IT and the increased pervasion of apps into the very core of the business — along with an ever-evolving threat landscape — represent a perfect security storm.

As a result, the CIOs surveyed cited security as far and away the biggest challenge related to the increased use of cloud services.

More than three quarters (78%) pointed to security as a challenge, with related issues like data sovereignty (47%) and local data regulations (37%) coming in second and third.

And, looking at security threats in more detail, the survey shows that CIOs expect the prevalence of increasingly sophisticated threats (61%) to be the number one issue for the next 12months, while issues like ransomware and corporate extortion were highlighted by more than half (56%).

Logicalis says the sheer range of issues facing CIOs as a result of digital transformation means the pressure to hand off day-to-day technology management, to focus on strategy andreframe IT departments as internal service providers, is greater than ever.

The company says that, in response, CIOs are increasingly seeking partner-led and delivered services.

“CIOs and IT leaders can play a leading role in enabling that innovation, drawing on skills from insightful partners to help shape their businesses and lead their sectors through the application of digital technologies.  I am delighted that Logicalis is already helping clients to plan their digital journeys – releasing the creativity that runs through their workforces and using digital technology to deliver outstanding results.”

More in this category: « Australian SMEs not big adopters of tech Replace or upgrade? PC support divided »
BACK TO HOME PAGE
back to top