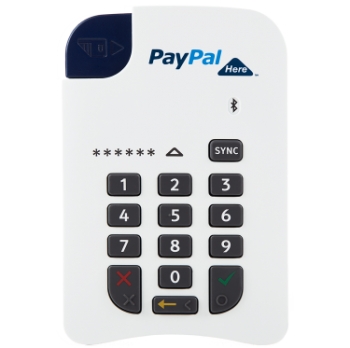 PayPal’s recent acquisition of P2P remittance provider Xoom is part of its post-eBay global strategy to expand its payment capabilities and geographic spread, according to market analysts.

In its latest market comment, global analysts Ovum point to PayPal’s “significant momentum” behind it due to its separation from eBay, including an expansion of its consumer focused capabilities, highlighted by its acquisition of Xoom which it says gives PayPal “significant presence in the cross-border remittance space, while also providing it with a significant foothold in key emerging markets.”

Ovum says the all-cash acquisition of Xoom for $25 per share was equivalent to $890 million.

The analyst firm says Xoom reportedly processed over $7billion n in transactions in 2014 with a core US customer base of only 1.3 million consumers, and although PayPal has always had a strong presence in the P2P space this has primarily been for domestic transactions only.

According to Ovum, PayPal will continue on the acquisition path. “Freed from the shackles of eBay with no debt, $5 billion in cash, and new shareholders through its public listing on Nasdaq, PayPal will likely remain highly acquisitive as it seeks to expand its global capabilities.”

Ovum says the acquisition of Xoom follows on the heels of other recent notable deals including in 2015 mobile wallet platform provider Paydiant for an estimated $280 million, and new breed payments gateway provider Braintree, including its domestic P2P brand Venmo, for $800 million in 2013.

According to Gilles Ubaghs, Senior Analyst, Financial Services Technology at Ovum, central to PayPal’s broader strategy, “particularly in light of the growing competition it faces from newer entrants like Apple, Google, and now Samsung amongst others, is its growing focus on remaining technology agnostic and offering open stack solutions.”

“In PayPal’s roadshow presentation released in advance of its listing on the Nasdaq, PayPal calls this its ‘Open Commerce Platform’ incorporating PayPal Credit, its core wallet that offers rapid loans to consumers, in-app payments via Braintree, and in-store payments via Paydiant, through the development of merchant-led wallet and app loyalty programs.”

Ubaghs says this approach signifies a split from PayPal’s older strategy of “seemingly trying every new payment technology and seeing what sticks, by providing the company with a clearer strategy of expanding capabilities across the payments value chain.”

And, according to Ubaghs, PayPal will face significant challenges in the coming years ahead, but, by diversifying its portfolio, PayPal is “shoring up its position leaving it well-placed for further market growth.”

More in this category: « Westpac NZ deploying Black Pearl Mail Disruptive technologies bring a new ‘norm’ to business »
Share News tips for the iTWire Journalists? Your tip will be anonymous