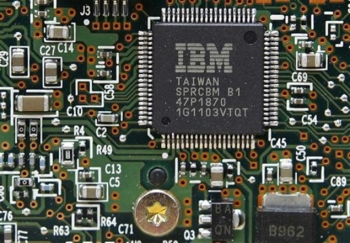 Tech powerhouse IBM will spend US$3 billion on semiconductor research and development in the next five years, despite rumours the company is considering selling its chip-manufacturing arm.

The Armonk, New York-based company said today it will fund two programs - one to create smaller, more powerful chips and one to develop semiconductor parts out of materials other than silicon.

The investment may seem confusing but show IBM is still planning to continue developing semiconductor technology at the same time it’s parting ways with its chip factories.

Various media reports have said the company is nearing a deal to sell the chip-manufacturing business to Globalfoundries Inc., which is primarily interested in acquiring the unit’s engineers and intellectual property, according to "people with knowledge of the matter".

The same people said IBM wants to maintain control of the design and intellectual property of the chips it uses.

“We fundamentally believe that no other company can do this level of innovation for the chip,” Tom Rosamilia, senior vice president of IBM’s systems and technology division, said in an interview, discussing the research spending plans.

“Our clients are driving us to continue to innovate to this high-performance world. It’s all about the breakthroughs that are on the horizon that we see need to be done.”

These areas, he said, "could transform computing of all kinds. In the next ten years, there will be fundamentally new systems that no one has yet heard of."

The first new research program is aimed at reducing the size of chips from the current 22 nanometers to 7 nanometers and smaller, while The second program will focus on developing new technologies for chips in the "post-silicon era," which IBM says are needed because silicon-based semiconductors are reaching their physical limits for future computer applications.

Increasingly small dimensions "will prohibit gains in performance due to the nature of silicon and the laws of physics," IBM said.

"In the next 10 years computing hardware systems will be fundamentally different as our scientists and engineers push the limits of semiconductor innovations to explore a post-silicon future," said IBM Systems and Technology Group senior vice president Tom Rosamilia on Wednesday.

IBM maintained there is urgent need for new material to power chips of the future along with "new computing platforms to solve problems that are unsolvable or difficult to solve today".

Among IBM goals is to emulate the processing efficiency of the human brain.

"Businesses are entering a new era of computing that requires systems to process and analyse, in real-time, huge volumes of information known as Big Data," IBM said.

More in this category: « Zuckerberg says Internet more important than printing press Amazon asks for drone clearance »
back to top