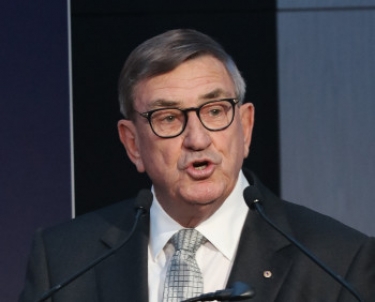 Chinese telecommunications equipment vendor Huawei Technologies is restructuring its Australian operations with the company having taken a major hit due to its being banned from playing a role in supplying equipment for Australian 5G networks.

iTWire understands that the board, including its well-known chairman John Lord, will no longer be part of the set-up. Instead, a chief executive will be head of operations as it sheds about 500 jobs.

Lord, who has been active in speaking to the media in a bid to play down the allegations levelled against the company, both locally and in other countries, told staff in a message that independent board member Lance Hockridge and he would no longer be part of the organisation.

Huawei Australia will retain its Consumer and Enterprise businesses and also continue to serve customers of its solar business.

The company has been in Australia for 16 years and about half of the population is connected to 4G networks through its equipment.

After the US blacklisted Huawei in May last year, the company has been unable to use Google's Android mobile operating system on its smartphones, making them an unattractive proposition in the Australian market as well.

One ongoing deal for the company is a $136 million Perth Transport Authority contract which it was awarded in July 2018.

The deal, which is to build and maintain digital radio services that would provide voice and data services across the rail network in Perth, is due for completion in 2021.

The US has been campaigning for the last several years to get countries it consider allies to prohibit Huawei from any role in 5G networks. Australia and Vietnam have fallen in line and said so in public.

Countries like Japan, South Korea and Poland have indicated that they are likely to toe the US line, but have yet to make public pronouncements.

In January, the UK took an independent line, saying it would allow Huawei to supply up to 35% of gear for the non-core parts of its 5G networks.

More in this category: « BMC inks agreement to acquire Compuware Equinix completes US$335 million acquisition of Packet »
Share News tips for the iTWire Journalists? Your tip will be anonymous