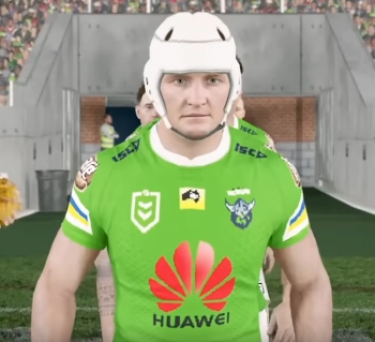 Huawei Australia has assured the Canberra Raiders that it will not be deterred from its sponsorship of the club, despite the continuing uncertainty caused by suspension of the 2020 National Rugby League season due to the coronavirus pandemic.

The company boosted its sponsorship of the team last month, taking over naming rights, a couple of days after it revealed a restructure of its local operations and the shedding of about 500 jobs.

Wednesday's announcement comes a day after it was reported that Huawei Australia had been forced to abandon a $136 million contract with the Western Australian Government due to trade restrictions imposed on its parent company by the US Government.

In the announcement, the company pointed out that since it had been blocked from bidding for 5G contracts in Australia in August 2018, money for sponsoring the Raiders had been provided by its head office in Shenzhen.

It added that sponsorship of the Raiders was its first major sporting sponsorship in the global market and many of its global executives had visited the Raiders over the years, including founder Ren Zhengfei.

Huawei Australia Corporate and Public Affairs director Jeremy Mitchell said: “Huawei Australia knows what it’s like to go through tough times and just as the Canberra Raiders stuck by us during our toughest times we will stick by them now as well.

“As far as we are concerned there is still plenty of unfinished business to be conducted in this 2020 NRL season and we want to stay on board and be part of that so we can help them as best we can.

“The fact that our ongoing support for the Canberra Raiders has been approved by our senior management in Shenzhen shows how deep our commitment to the Raiders goes right across our company.

“Our Chinese colleagues may not know the difference between a full-back and a front-rower, but they do know the importance of sticking by your friends when they need help – and that’s why we are sticking by the Raiders. We are Raiders.”

Raiders chief executive Don Furner said: “This announcement by Huawei Australia confirming they will stand by their sponsorship of the Canberra Raiders will hopefully be an example to our other sponsors to do what they can to stand by the Raiders at this difficult time.

“Once all of this is over we look forward to hopefully getting back to China and visiting Huawei headquarters to thank the management team there in person for standing by us like this – we will certainly never forget it.”