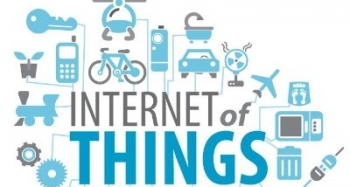 The Australian arm of giant Chinese telecommunications equipment vendor Huawei and Queensland’s James Cook University are collaborating on the development of the latest innovations and technology around NarrowBand IoT (NB-IoT).

In what Huawei Australia and the university describe as an Australian first, they will jointly host a dedicated live NB-IoT lab to research and develop applications, smart devices and sensor networks.

Under the agreement, Huawei has provided the university with the latest IoT technology, as well as direct funding for specialised research, and research carried out at the IoT lab will feed into Huawei’s global IoT development.

“We all know that IoT is going to be the major game changing technology of the future and NB-IoT will be the major driver of this ICT revolution,” Zhao said.

“Huawei is committed to open innovation and co-operation, creating greater value for our customers, advancing the ICT industry, and ultimately investing and building a better connected Australia.

“Working closely with strong partners like James Cook University, we can help build a stronger and better IoT ecosystem.

Zhao said, to further support the University and its students, Huawei would also offer JCU IoT students the opportunity to travel to Huawei’s global headquarters in China and its Australian headquarters in Sydney as part of its highly successful Seeds for the Future programme.

“The Internet of Things is based on something that is central to our mission in the tropics: building greater connectivity between people, place and technology,” James Cook University vice-chancellor Professor Sandra Harding said.

“From designing smarter cities, to growing precision agricultural systems, monitoring natural environments in real-time, and creating clever health solutions that work in remote communities – we don’t want to be just a part of that future, we want to lead it. Huawei are the perfect partners for us in that ambition."

The Huawei/James Cook University IoT lab was officially opened on Monday by John Lord, chairman of Huawei, and Harding.

More in this category: « Pegasystems looks to NZ market for business growth CSIRO, Deakin Uni achieve carbon fibre 'milestone' »
BACK TO HOME PAGE
back to top