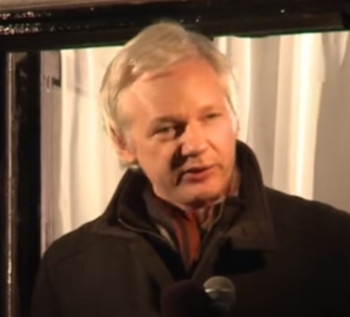 American journalists' grouping Reporters Committee for Freedom of the Press has filed a motion in the eastern district of Virginia to unseal the US Government's criminal charges against WikiLeaks publisher Julian Assange.

VIDEO: Julian Assange lawyer @suigenerisjen responds to his US indictment

In two places, Assange's name appeared, leading to the conclusion that these paragraphs of text had been cut and pasted by mistake.

One sentence read: "Another procedure short of sealing will not adequately protect the needs of law enforcement at this time because, due to the sophistication of the defendant and the publicity surrounding the case, no other procedure is likely to keep confidential the fact that Assange has been charged."

And a second said: "The complaint, supporting affidavit, and arrest warrant, as well as this motion and the proposed order, would need to remain sealed until Assange is arrested in connection with the charges in the criminal complaint and can therefore no longer evade or avoid arrest and extradition in this matter."

Conclusive evidence that US plans to extradite Assange from the United Kingdom in DoJ's inadvertent revelation of the US indictment of #Assange: https://t.co/UoAq8k8Kyb pic.twitter.com/HvaGIxKhdi

The motion filed by the Reporters Committee said on 15 November, Seamus Hughes, the deputy director of the Program on Extremism at George Washington University "reported that the U.S. Attorney’s Office for the Eastern District of Virginia had pasted sections of a motion to seal the charging document in the Assange Prosecution into a publicly available sealing motion filed in an unrelated matter".

The motion concluded: "The Reporters Committee seeks an order unsealing the court records — including, but not limited to, the Court’s docket and any criminal complaint, indictment, or other charging document—from the government’s criminal prosecution of Assange."

More in this category: « US confident of putting Assange on trial: report Citrix acquires Sapho to deliver ‘enhanced’ guided work capabilities »
Share News tips for the iTWire Journalists? Your tip will be anonymous