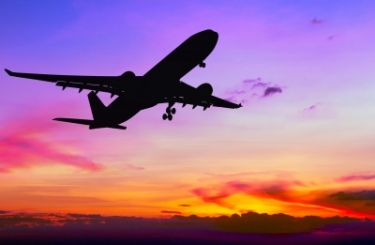 The Australian Greens have called on the Federal Government to attach conditions to any bailout money given to airlines to provide the financial support necessary to pay all workers, rather than allowing Qantas and Virgin to stand down workers without compensation.

Commenting on Wednesday on the decision by the two airlines to stand down workers due to the affect on their businesses of the COVID-19 outbreak, Greens transport spokesperson Senator Janet Rice makes a valid point, with bailout money needing to be attached to keeping workers employed rather than being swallowed up in the coffers of Qantas and Virgin as they implement cost-cutting measures.

The call from Senator Rice comes in the wake of announcements by the two airlines of massive cuts to flights schedules due to the COVIT-19 crisis, and the standing down of hundreds of their employees.

“Virgin Australia today stood down 80% of its workforce, only days after the parliament passed the government’s minimum $715 million airline bailout. Last week, Qantas stood down two thirds of its workers,” Senator Rice said.

“These workers will be facing weeks and months of uncertainty and hardship if the government does not act now to attach conditions to their major airline corporate bailout. The government’s first priority should be ensuring airlines keep their workforce in place as we go through this crisis.”

Rice said that both Virgin and Qantas have spent “a fortune on share buy-backs to prop up shareholder value”.

“They have paid out exorbitant CEO salaries and both companies have successfully minimised their tax over many years. Yet many of their workers will now be forced to join the endless Centrelink queues around Australia.

“Workers should not be the victims of cost-cutting in the bad times while shareholders and executives lived it up during the good times.

“This bailout should be done by the Federal Government taking an equity stake in the airlines so that the community gets some return on their investment.

“Keeping airlines afloat is obviously important to ensure essential transport during this crisis. But it needs to be done in a way that ensures a fair outcome for workers and taxpayers, rather than another handout for corporate investors.

“All public support should be conditional on the airlines guaranteeing jobs. We must do everything we can to protect the tens of thousands of employees of these two companies.”

More in this category: « Telsoc VP calls for govt to fund NBN Co to employ those retrenched due to COVID-19 crisis COVID-19 lockdowns, self-isolation measures put Internet under pressure »
back to top