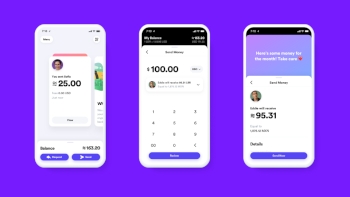 Social media giant Facebook has announced it will launch its own cryptocurrency under the name Libra next year through a new subsidiary Calibra which will also supply the digital wallet for the new currency, a move that has been met with criticism from politicians and regulators alike.

In a statement on Tuesday, Facebook said the wallet would be available in Messenger, WhatsApp and also as a standalone app, and that it would take steps to protect users' privacy.

Privacy has not been a winning horse for Facebook over the years. In March, it was reported that the company was targeting politicians in a number of countries, promising them investments and incentives in exchange for pushing against privacy laws on the social media giant's behalf.

In March last year, the data analytics company Cambridge Analytica was claimed to have used data of more than 50 million Facebook subscribers for targeting voters in the US presidential election.

Tuesday's Facebook statement said Calibra would not share account information or financial data with Facebook or third parties without consent, except "in limited cases". Those limited cases were when there was a "need to keep people safe, comply with the law and provide basic functionality to the people who use Calibra".

Facebook Libra coin don't need KYC. They have so much more data on the 2 billion people. Not just name, id, address, phone number. They know your family, friends, real-time/historic location, what you like... They know you more than yourself. And now your wallet too. Best AML!

Users would be able to send the new cryptocurrency to most people who had a smartphone for little cost and with the ease of a text message, the company claimed.

"And, in time, we hope to offer additional services for people and businesses, like paying bills with the push of a button, buying a cup of coffee with the scan of a code or riding your local public transit without needing to carry cash or a metro pass," Facebook said.

The announcement was greeted with concern by both sides of politics in the US and also regulators in other countries.

Republican Representative Patrick McHenry wrote to the chair of the House Financial Services Committee, Democrat Maxine Waters, calling for a hearing on the initiative, according to Reuters.

“We know there are many open questions as to the scope and scale of the project and how it will conform to our global financial regulatory framework,” wrote McHenry, who is the senior member from his party on the Committee.

“It is incumbent upon us as policymakers to understand Project Libra. We need to go beyond the rumours and speculations and provide a forum to assess this project and its potential unprecedented impact on the global financial system.”

Democrat Senator Mark Warner, who sits on the Senate Banking Committee, said he was concerned that Facebook was using its social media clout to try and dominate mobile payments.

French Finance Minister Bruno Le Maire urged greater regulation of technology firms. “This instrument for transactions will allow Facebook to collect millions and millions of data, which strengthens my conviction that there is a need to regulate the digital giants,” he said in a radio interview.

Commenting on the Facebook announcement, Adam Biviano, senior manager, Solutions Architecture at digital identity management provider ForgeRock, said: "There is no doubt that we are in the midst of dramatic changes to the banking industry, and while I don't have a crystal ball to predict whether Libra itself will take the world by storm, I can draw upon the observations of how other industries have been affected as technology has swept through.

"One common denominator applies; if incumbent players, no matter how big and dominating, aren't ready and willing to adapt they will be left by the wayside."

Biviano said in financial services, the move to API-driven services like open banking was a good way to stay ahead. "[It is a] golden opportunity to stay ahead of the wave and for banks to re-architect their business for agility," he added.

"A key aspect to this is developing trust and the ability take their customers with them on this journey which requires robust mechanisms to manage the underlying identities, relationships between them and allow secure frictionless ways to transact business."