Do some things the same, but do everything differently: Tibco exec 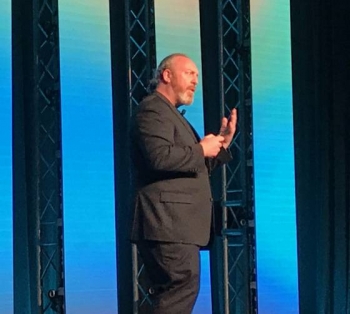 Making software more consistent has clear benefits, according to Tibco chief operating officer Matt Quinn, but he also thinks we need major changes in the way software works if we are to take full advantage of technologies such as AI.

The need to interconnect on-premises, PaaS and SaaS applications combined with technologies such as software engineering, corporate virtual private clouds, microservices, orchestration, CloudOps, embedded systems, managed services and so on has led to a situation where "it all looks kind of the same," but "different groups want different things."

But if we keep doing things differently, skills shortages are inevitable each time something new comes along.

So Tibco is moving to a single, cloud-native architecture with building blocks that can be used whether you're running in the cloud or on-premises.

The company can then customise the edges of this architecture to suit specific environments such as Microsoft Azure.

Quinn also restated Tibco's commitment to open source software, including its practice of contributing to projects whether they are led by Tibco or by other people.

But different industries go in cycles, and any particular industry won't hear Tibco's message until it is listening, he conceded.

Tibco is a mature company, and it needs to be patient, he told iTWire: "There are no shortcuts." Products or technologies don't have value to a potential customer unless it is experiencing a relevant business problem.

Asked whether the size of Tibco's product portfolio could be causing confusion, Quinn said the company has to address the human and technological aspects.

The technological side has been solved by moving to a single platform, which was possible thanks to the cloud.

"I feel really good with where we are at... but there is a lot more to do," he said.

The human aspect is being addressed by persona-based selling. That is, the messages respect what people in different roles - analysts, data scientists, etc - are trying to do. Consequently, they aren't overwhelmed by all the things Tibco can offer, although it is important that they realise there are options to add other capabilities when they are needed.

This is backed by what Quinn calls "pseudo technology": considerations such as a consistent user interface that - in specific products - is tailored to the requirements of the relevant personas.

"We've had to make it easy to assemble all these things," he said, but combining the human and technological aspects has proved very powerful.

However, the job isn't done. "I still want to see more depth in our user experiences," he told iTWire, but that takes time, including time spent with users. "We'll never be done."

"We were very much an 'engine first' company," he admitted, but now a lot of thought is given to the people who will use the product.

Looking ahead, Quinn sees a growing role for AI in software, but he thinks it should provide suggestions without limiting human agency.

People want predictability, but they will take advantage of shortcuts when they are offered. However, AI should improve people's understanding of what they are doing, not simply suggest what other people have previously done in similar situations.

In some tests of AI-driven interfaces, some customers felt they were no longer in charge of their own destinies, although over time they may get used to such interfaces.

Quinn gave the example of data transformation. If you try to provide a wizard that populates everything, it needs to be 100% accurate, otherwise users don't trust it and feel they need to check every field.

But what does work is providing individual hints. So if a user connects the Customer Name field in one source with Customer Name in another, the AI can usefully say something like "these other fields have the same names in both places, so do you want to match them the same way?"

This makes the AI an assistant, as opposed to putting it in charge.

Another example is a recommendation engine for visualisations. If a user selects four fields, it is almost always possible for the software to determine the appropriate visualisation. But users are disconcerted if it appears automatically.

A better approach is to give the user a choice of the recommended visualisation plus two others.

Quinn favours an "organic computing" approach that inverts the current model. Rather than grafting AI on top of a system, it should be at the bottom, making it a fundamental part, not an added feature.

We've been polishing the apple for 60 years, but it's still just an apple, he said - today's systems still resemble those from the days when programming involved wires and plugboards, and a programmer from the 1960s would probably be able to figure out what a piece of code written today is doing.

The computation needed for AI is no longer a problem thanks to modern GPUs, he said, the issue is now to make AI make sense to a massive number of people.

This approach is about technology augmenting humans, not mimicking them, and about building systems that don't merely act on known inputs but that prepare for the unknown.

Disclosure:The writer attended Tibco Now 2019 as a guest of the company.