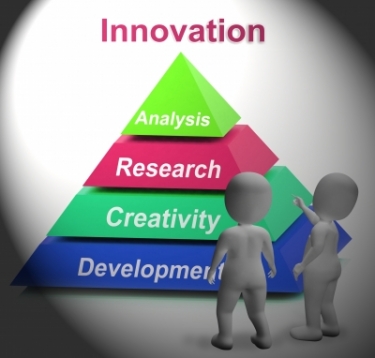 Researchers at Western Australia’s Curtin University say they can now take their work to new heights and depths with the addition of a futuristic Hologram Table at the HIVE, the university’s Hub for Immersive Visualisation and eResearch.

The Queensland-made table is claimed as the only one of its kind in Western Australia and one of just six in the country.

Curtin HIVE Manager Dr Andrew Woods said the hologram table technology allows Curtin to leverage the power of data visualisation to improve the interpretation, communication and outcomes of research projects by providing users with a realistic view of three-dimensional virtual objects that project, and recede, into the table’s surface.

“The device allows 3D objects to be displayed on the 1.5 metre table-top display, allowing users to twist, turn, slide, zoom, magnify and explore virtual 3D objects as if they were interacting with actual physical objects,” Dr Woods said.

“What is especially exciting about this system is that two users can use the table together, collaboratively exploring the 3D image while wearing the special active stereoscopic glasses that triangulate each users’ eyes individually at 60 frames per second, allowing them to walk 360 degrees around an object while their perspective changes in real time.

“For example, if one person points to an object on the Hologram Table, the other user can see exactly what they are pointing at, as if they were both looking at a tangible object.”

One of the first Curtin researchers to make use of the technology is astro-geologist and cosmic mineralogist Professor Gretchen Benedix from Curtin’s School of Earth and Planetary Sciences.

Professor Benedix uses a visualisation of the Martian surface to further explore and identify planetary craters, specifically the future landing place of the NASA 2020 Mars Rover, set to arrive on Mars in 2021.

“This Hologram technology has opened up a new way to look at planetary surfaces, providing a unique perspective that hasn’t really been easily available before, giving a bird’s-eye view that is different from the current satellite and ground views we already have.” Professor Benedix said.

“My team and I are using the table to investigate the results of a machine learning algorithm we’ve developed to count craters on the surface of Mars. This allows us to extract age information of specific features or landforms in this area, which can be investigated by the latest NASA Mars Rover when it arrives.”

In addition to science and engineering-related projects, Dr Woods said the hologram table is also being used for health sciences research, and helping communicating research into Australia’s first submarine, the HMAS AE1, which was lost at sea over 100 years ago.

“We’re really pleased to host the only Hologram Table in Western Australia and look forward to the new and exciting applications the technology will bring to research at Curtin,” Dr Woods said.

“We also expect that the Hologram Table will be great at visualising the built environment, such as architecture and urban planning projects, so we look forward to research evolving in that space.

“We’re also are particularly interested in collaborating with industry to explore the application of advanced visualisation technologies to projects around the state.”

More in this category: « Pluralsight spearheads APAC expansion in Australia Microsoft, Nokia collaborate to ‘accelerate’ digital transformation »
back to top