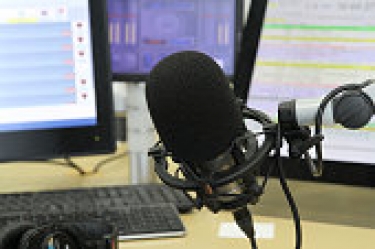 CRA made its comments in a submission to the competition watchdog ACCC’s consutation paper on a mandatory news media bargaining code, saying commercial radio stations should be compensated by the digital platforms for the :value derived from the use of their content - including both advertising revenue and the generation of consumer data”.

“It is apparent that substantial advertising revenue is being earned by the digital platforms at the expense of Australian media businesses,” CRA said, adding that an income-based approach to revenue sharing would be the most appropriate as it would be “simple to administer and provides certainty over the revenue to be earned by content creators”.

The industry body also expressed concerns that the bargaining code might apply only narrowly to “news media”, which would potentially exclude much radio content, “leaving radio to fight the bargaining imbalance with the digital platforms unsupported by Government or regulators”.

CRA argued in its submission that the code should contain a provision exempting commercial radio from compliance with a news threshold, to reflect radio’s contribution to local communities and integrated programming style.

According to CRA the protection of original content is a key concern for radio, as on-air interviews with celebrities and other news makers on breakfast and drive shows are often substantially reproduced by other online websites, and Google’s search algorithms frequently direct consumers to the site that has “ripped off” the content rather than the station that produced the content.

CRA said the code should require Google to give priority to original content in searches.

The CRA’s call following the the Australian Government’s announcement in April that it had directed the ACCC to develop a mandatory code of conduct to address bargaining imbalances between Australian media businesses and digital platforms.

The draft code is expected to be released for public consultation before the end of July.

More in this category: « Templafy expands APAC region presence with new Sydney office Collaboration between humans and machines ‘critical’ to innovation, say executives »
Share News tips for the iTWire Journalists? Your tip will be anonymous