Chinese court may prevail over US in Huawei-Samsung case 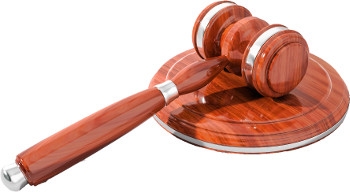 A decision on a smartphone patent tussle between Huawei Technologies and Samsung Electronics that came from a Chinese court could well be accepted globally, despite the fact that Huawei went to both US and Chinese courts to seek a judgment.

Due to the size of the US market and the strength of the US judiciary, the opinions of American courts have generally held sway, Reuters reported.

In this particular case, though Huawei had won a ruling in China, an American judge had told the company not to enforce the ruling.

Reuters quoted Erick Robinson, a lawyer in Beijing, as saying, "“This has never happened before, at least not on this scale."

Huawei had accused Samsung of using its cellular communications technology without permission and put off the process of seeking a licensing agreement. Samsung's argument was to deny the claims and accuse Huawei of trying to obtain outsized licensing fees.

The case was decided in January by the Intermediate People’s Court of Shenzhen which issued an order preventing Samsung's Chinese subsidiaries from making and selling 4G LTE smartphones in China. The judgment was issued long before the San Francisco court that had to also rule on the case issued a verdict.

If the Chinese court's order was followed, then Samsung would be under pressure to settle as it owns large plants in China and sells millions of phones in the country.

In April, when the US case was heard, Huawei was ordered not to enforce the Shenzhen court's ban, because it would mean that Samsung had to accept Huawei's licensing terms and there would be global impacts.

But legal experts told Reuters that the decision may not be left up to Huawei as the Chinese court could enforce the decision on its own.

Robinson said that the fact that the US court was trying to block a Chinese court could backfire and result in exactly the opposite being done.

Both decisions, taken in the US and China, are being appealed.

The advantages provided by Chinese courts are the speed of deciding a matter, because of the restrictions on the amount of paperwork allowed, and the willingness to impose harsh verdicts.

More in this category: « What can Australia learn from the UK's Open Banking experience? Australian start-up blames Google as it goes into administration »
Share News tips for the iTWire Journalists? Your tip will be anonymous