Bringing DevOps to the mainframe 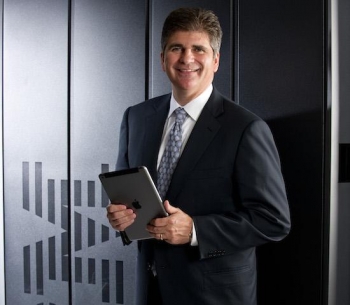 With the right tools, mainframe developers can be as agile and productive as those on other platforms, according to Compuware.

Mainframe developers usually operate at a slower pace than those on platforms normally associated with IT innovation, so organisations need "innovative tooling sets to bridge those two worlds", according to Compuware chief executive and president Chris O'Malley.

Compuware itself went through that process under O'Malley. Everyone was trained in Agile practices, Scrum teams were formed, and the status of project managers was elevated within the company to encourage the development of new ideas and the remaking of the platform, he said.

"We make a mess of it out of the gate," he admitted, but the organisation quickly got the hang of this new way of working.

This has also been reflected in the company's products, and Compuware Topaz provides tools to support contemporary practices among Cobol, PL/1 and Assembler programmers.

Compuware decided to replace the CA Endevor source code and release management tool it had been using internally with a tool called ISPW as traditional products in this field "become disablers" when teams are working in parallel, O'Malley told iTWire.

And then in a "Remington moment" he realised that Compuware's customers were facing the same problem and so he bought the company about a year ago and launched ISPW under the Compuware banner in January, with updates delivering increasing levels of integration in April and July.

Compuware is now a "100% Agile DevOps company" that has shown it can work at the pace of its customers, O'Malley said. "We've integrated the mainframe into the DevOps toolchain."

Some of those integrations include Atlassian's Confluence team collaboration software (which O'Malley said works for everyone from 30-year veterans of the company to recently hired millennials), the "incredible" SonarSource and SonarQube software quality tools, and the Splunk operational intelligence products.

The company even offers integrations with tools that compete with its own products, such as those from application performance monitoring and management vendor AppDynamics, he noted.

Together, the tools used by Compuware mean "we have a unique understanding of who does what, when, and where on the mainframe."

The adoption of Agile and DevOps practices with supporting tools means Compuware now produces twice as much code per developer with fewer bugs than before, he said. "Waterfall is a disaster in terms of quality – it didn't work".

Interestingly, all of Compuware's development teams are based at the company's Detroit headquarters: "we outsource nothing," O'Malley observed.

"We want to make the full-stack programmer regard the mainframe as a first-class citizen," O'Malley said. And rather than tolerating bimodal IT — where legacy systems run at one pace and 'digital' activity moves along much more quickly — organisations need "one culture, one process, one system of tooling" across systems of record and systems of engagement.

"Nobody's now just a mainframe guy," he said. It may be necessary to push mainframe staff "over the edge" into DevOps, but if you do, you'll be surprised — even shocked — by what they can do, he said.

More in this category: « Selfies not just a form of vanity, study finds Call for ‘Buy Australian Act’ to boost economy »
Share News tips for the iTWire Journalists? Your tip will be anonymous