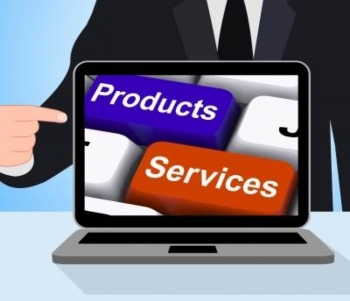 Australian IT spending forecasts for 2016 have been revised upwards from $79.9 billion to $83.3 billion by analyst firm Gartner due to currency fluctuations, demonstrating the strength of growth in the market compared to the continuing flat spending forecast globally.

In its Q216 update issued on Thursday, taking into account currency shifts, Gartner has lifted total Australian spending on IT upward from $79.9 billion, as reported in April, to $83.3 billion.

IT services is the biggest spending category in Australia, with software the fastest growing segment, while spending on devices — mobile phones, tablets, PCs and printers — is forecast to fall.

Across the Tasman in New Zealand, IT spending is forecast to reach almost NZ$11.3 billion, an increase of 1.9% from 2015. However, when reported in US dollars, there was a decline due to currency fluctuations.

Communications services is the biggest spending category in New Zealand, while software is the fastest growing segment. Like Australia, NZ spending on devices is also forecast to fall.

Worldwide, the Gartner forecast for IT spending at US$3.41 trillion continues to be flat, mainly due to currency fluctuations, at 0.0% in 2016 compared with 2015, but slightly up from last quarter's forecast of a 0.5% fall.

According to Gartner, this is “not exactly a rebound from the 6.0% decline in IT spending in 2015, but it is good news”.

Gartner says the rapid rise in the value of the US dollar against most currencies during the past couple of years has put a “currency shock” into the global IT market.

“While some currencies, such as the euro, improved against the US dollar during the first quarter of 2016, none have recovered back to 2014 levels,” Gartner observes.

On the Brexit decision by the UK, John-David Lovelock,  research vice-president at Gartner, cautions that there is likely to be an erosion in business confidence and price increases which will affect the UK, Western Europe and worldwide IT spending and will be reflected in next quarter’s forecast update.

“While the UK has embarked on a process to change, that change is yet to be defined. The ‘leave’ vote will quickly affect IT spending in the UK and in Europe while other changes will take longer.

“Staff may be the largest immediate issue. The long-term uncertainty in work status will make the UK less attractive to new foreign workers. Retaining current non-UK staff and having less access to qualified new hires from abroad will impair UK IT departments.”

According to Lovelock, 2016 has marked the start of an “amazing dichotomy”.

He says the pace of change in IT will never again be as slow as it is now, but global IT spending growth is best described as” lacklustre".

"The year 2016 is when business focus turns to digital business, the Internet of Things and even algorithmic business. To fund these new initiatives, many businesses are turning to cost optimisation efforts centering around the new digital alternatives; for example SaaS instead of software licences, voice over LTE [VoLTE] instead of cellular, and digital personal assistants instead of people, to save money, simplify operations and speed time to value.

“It is precisely this new breadth of alternatives to traditional IT that will fundamentally reshape what is bought, who buys it and how much will be spent."

Other key findings of the spending forecast include:

More in this category: « CompTIA focusing on change management HealthTech makes a difference »
Share News tips for the iTWire Journalists? Your tip will be anonymous