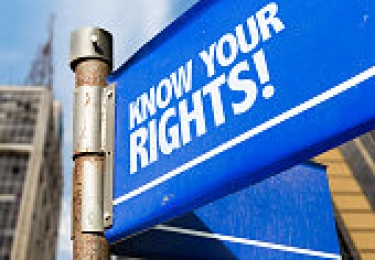 Apple has responded to concerns raised by its shareholders over the company’s role in enabling the government of China’s cyber-surveillance and censorship, by adopting a new human rights policy, according to activist group SumOfUs and a coalition of investors and human rights groups.

SumofUs said in a statement released on Friday that Apple’s Board of Directors made the landmark decision to approve the policy, which Apple published ahead of the 5th September deadline for submitting motions for next year’s shareholder meeting.

“In its new human rights policy, Apple meets the first part of SumOfUs’s shareholder motion by publicly committing to respect freedom of information and expression as human rights. The campaigners and investors welcomed Apple’s new policy, and plan to file a new proposal for next year’s shareholder meeting which would require Apple to report to shareholders on the progress the company is making in implementing it.”

Describing the move as a win for frontline communities and the 135,000 people that have supported SumOfUs’s campaign, SumofUS says that at Apple’s last shareholder meeting in February, 40.6% of investors voted against Apple management to support a proposal put forward by SumOfUs members.

“The motion would have required Apple to report annually on its policies on freedom of expression and access to information, as well as be more transparent in how it responds to requests from China to restrict certain apps,” SumofUs said.

“In its new human rights policy, Apple meets the first part of SumOfUs’s shareholder motion by publicly committing to respect freedom of information and expression as human rights. The campaigners and investors welcomed Apple’s new policy, and plan to file a new proposal for next year’s shareholder meeting which would require Apple to report to shareholders on the progress the company is making in implementing it.”

Sondhya Gupta, Campaign Manager at SumOfUs, said: “Apple’s adoption of a human rights policy is a breakthrough moment and we commend Apple for taking this first step.”

“However, we still have questions about how the policy will be implemented and what oversight there will be. Apple has a huge influence on people’s freedom of expression globally, and ultimately, the company’s commitment to human rights will be measured by the difference it makes to the lives of millions of Apple customers living under cyber-surveillance in Hong Kong, Tibet, East Turkestan, China, and elsewhere.

“We will continue to work alongside shareholders and human rights defenders in dialogue with Apple to ensure the company lives up to this responsibility.”

"Protecting human rights by respecting data privacy and freedom of expression has become a material risk for both investors and companies,” said Steven Heim of Boston Common Asset Management.

“Apple must be much more transparent regarding implementation of its new human rights policy, including transparency in its responses to requests from repressive governments. As a long-term shareowner, we commend Apple for its new policy and look forward to working constructively with Apple to advance digital human rights, one of our flagship engagement priorities."

Pema Doma, Campaigns Director of Students for a Free Tibet, said: “As a Tibetan-American, I am eager to continue engaging Apple to bring voices from impacted communities into the company’s decisions surrounding human rights.”

“By bringing Tibetan, Uyghur, Hong Konger, Chinese, and other frontline iOS users to the table, Apple is setting a crucial example that can have a positive impact on global norms around freedom of expression for generations to come. This is just the first step, so I hope to see Apple continue in this direction.”