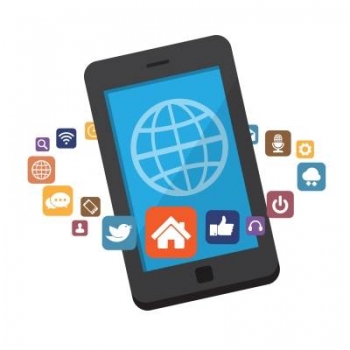 Image courtesy of KANATE at FreeDigitalPhotos.net

Australia’s mobile phone market — including feature phones and smartphones — is growing by leaps and bounds, with a new report revealing that it has exceeded growth expectations, shipping 2.16 million phones in Q2 2017.

According to global analyst firm IDC, the two million-plus Q2 shipments compared to 1.83 million during the corresponding quarter in 2016, representing an 18.4% YoY growth.

And the battle for supremacy in the Australian mobile market sees Android back near the top, according to IDC, climbing above iOS with a recent spate of new product launches.

IDC says its quarterly mobile phone tracker found that 2.06 million handsets shipped were smartphones whilst the remaining were feature phones in Q2 2017.

And the survey showed that the growth came primarily from multiple device launches from Android companies, with Android returning to being the most popular smartphone OS in Australia.

“As for feature phones, a specific customer base still exists as they hold their place even on the back of the announcements from telecom operators to shut down their 2G network across the country in 2017. Majority of the feature phones shipped into the country are hence 3G-enabled devices offered by telecom providers.

“Recently, iOS had overtaken Android as the most popular smartphone OS in 2016Q4 as it held over 54% of the market compared to 47% for Android,” observes IDC.

“Riding on the back of multiple Android product launches, the tables have turned and Android has returned to the top by grabbing 63% market share compared to iOS’s 37% in 2017Q2,” says Bilal Javed, senior market analyst at IDC Australia.

”Windows Phone declined further and holds less than 1% market share as lack of new devices and apps on the platform continue to hinder any opportunity in both the consumer as well as commercial segment.”

Even with the slowdown of iPhone 7 shipments, Apple was able to hold top spot with 37% market share, according to IDC.

“This slowdown was expected as consumers hold off purchase before the new flagship launch expected in the latter half of the year,” adds Javed. “It will be interesting to see if Apple can regain market share after the much-awaited launch and return to owning well over half of the Australian smartphone shipments.”

But IDC points to Samsung as the “success story of the quarter” as its market share jumped from 23% in 2017Q1 to 34% in 2017Q2, noting that Samsung successfully bounced back from impact of the recall of Galaxy Note 7 last year,  with the growth fuelled by the launch of the highly successful Galaxy S8 and S8+.

Says IDC: “These two models made up for over 75% of total smartphones shipped from Samsung in the quarter. The success of the Galaxy S8 series and the launch of the Galaxy Note 8 recently looks to be Samsung’s market stand as it gets ready to lock horns with Apple in the second half of 2017”.

And IDC stresses that the remaining market share is up for grabs and the market will see an intense battle.

According to the Q2 report, Alcatel regained some ground to hold 5% of the market through its exclusive device strategy for telecom operators in the pre-paid space and gaining traction from attractively priced devices in the open channel.

In addition, the report notes OPPO continued to establish and grow in Australia with 5% market share.

IDC writes: “The launch of two new devices, A57 and A77 following on from the success of the F1s has fuelled solid growth. OPPO continues to expand their retail partners which is expected to fuel further growth moving forward.

“Huawei’s penetration continues with 4% market share on the back of the flagship P10 series launch as well as significant growth in the prepaid segment through its Y series devices available from Telecom operators. ZTE, who also manufacture Telstra branded smartphones compete in the low-price segment with both companies having a combined market share of 6%.”

IDC concludes that the Australian market was showing signs of saturation, but seems to have rebounded at least for the short term.

With the re-entry of the Nokia brand under HMD, Amazon’s foray into Australia and launch of more flagships in the second half of the year IDC says it expects the market to grow to more than nine million handsets in 2018.

More in this category: « CA turns its attention to the modern software factory Freshworks acquires start-up Zarget »
Share News tips for the iTWire Journalists? Your tip will be anonymous