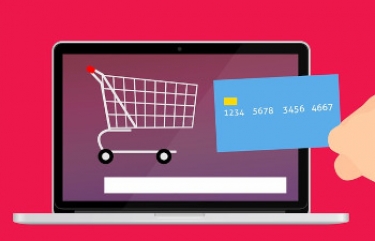 Online retail giant Amazon has been accused of copying Indian products and manipulating search results to favour its own products over private Indian brands, according to a Reuters investigation. Amazon has denied the claims.

The report, on Wednesday, by Aditya Kalra in New Delhi and Steve Secklow in London, examined thousands of internal documents from the Jeff Bezos-owned company. It said the copying and rigging of search results was systematic and part of a formal strategy employed by the company.

You can be an umpire or you can be a player, but you can’t be both at the same time. Amazon takes advantage of its power to tilt the playing field and crush small businesses. It’s long past time to break them up.https://t.co/QpHdYyBLSP

"...thousands of pages of internal Amazon documents examined by Reuters — including emails, strategy papers and business plans — show the company ran a systematic campaign of creating knockoffs and manipulating search results to boost its own product lines in India, one of the company’s largest growth markets," Kalra and Secklow wrote.

"The documents reveal how Amazon’s private-brands team in India secretly exploited internal data from Amazon.in to copy products sold by other companies, and then offered them on its platform.

"The employees also stoked sales of Amazon private-brand products by rigging Amazon’s search results so that the company’s products would appear, as one 2016 strategy report for India put it, 'in the first 2 or three … search results' when customers were shopping on Amazon.in."

On learning of this, American senator Elizabeth Warren, a member of the Democratic Party from Massachusetts and a long-time critic of Amazon, called for breaking up Amazon while Indian retailers urged their own government to conduct an investigation.

But we ran the numbers and …

?Math says ?being an Amazon brand is the most important factor to be a #1 Amazon search result.@adrjeffries and @leonyin's investigation: https://t.co/wwQrjOUGzk

Warren linked to the Reuters story on Twitter and said: "These documents show what we feared about Amazon's monopoly power — that the company is willing and able to rig its platform to benefit its bottom line while stiffing small businesses and entrepreneurs."

"This is one of the many reasons we need to break it up."

The Confederation of All India Traders that claims to represent 80 million retails stores, said, through its spokesman Praveen Khandelwal,: "Amazon is causing a great disadvantage to the small manufacturers. They are eating the cake that is not meant for them."

Amazon denied it had done anything wrong, saying: "We believe these claims are factually incorrect and unsubstantiated."

The Alliance of Digital India Foundation, a non-profit which represents some of India's bigger start-ups, said the practices that had been detailed were highly deplorable.

"The manner in which the e-commerce giant has targeted the Indian market and leading brands in the country is highly deplorable and brings into question the credibility of Amazon as a good faith operator in the Indian startup ecosystem.

"These findings go on to validate the allegations and fears of various stakeholders and serve as incriminating evidence. It’s worth noting that Amazon has on multiple occasions, including during formal hearings, denied any wrongdoing that involves making use of consumer data to drive advantage for its own brands and products."

The Reuters report said: "In sworn testimony before the US Congress in 2020, Amazon founder Jeff Bezos explained that the e-commerce giant prohibits its employees from using the data on individual sellers to help its private-label business.

"And, in 2019, another Amazon executive testified that the company does not use such data to create its own private-label products or alter its search results to favour them."

More in this category: « US$14.1 million capital raising to fund LeapXpert growth, international expansion Amazon accused of lying to House panel over business practices »
Share News tips for the iTWire Journalists? Your tip will be anonymous