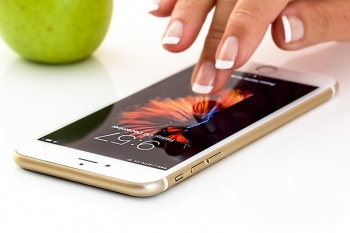 Anti-corporate activist group SumofUs has launched a campaign against tech corporation Apple’s compliance with the Chinese government’s censorship demands in order to remain operating in the world’s most populous country.

Apple has massive iPhone manufacturing operations in China, through contracts with assembly companies such as Foxconn. With the launch of 5G handsets not far away and a burgeoning trade war between the US and China, Apple has found itself in a vulnerable position with respect to its relationship with the Chinese leadership.

According to SumOfUs, last month Apple admitted to removing 517 apps from its Appstore in China at the request of that country’s government.

“That's in addition to the 600 "virtual private network" apps (VPNs) Apple confessed to blocking in 2017,” SumOfUs said in its release.

“Without VPNs and with the enormous surveillance machine of the government of China, it's almost impossible for activists to evade censorship and surveillance in order to report human rights abuses when they are committed, without putting themselves in even greater danger. Apple is complicit in that.”

SumOfUs intends to drum up support from its considerable activist membership around the world to pressure Apple to cease complying with the Chinese government’s censorship demands.

“While Apple is doing business with government officials, Uyghur Muslims who were detained in the government’s so-called ‘re-education’ camps report being abused, forced to learn Mandarin and undergo political indoctrination.

“Are Apple's profits more important than the lives of the millions of Uyghurs, Tibetans and Chinese rights activists surveilled and detained?” SumOfUs asked in its release.

“Demand Apple protect its users from the government of China's censorship and surveillance.”

SumOfUs claims that the timing of its campaign against Apple’s activities in China is perfect because the ongoing and escalating trade war between the US and China has already forced Apple to phase out some of its production that country.

Apple still makes its iPhones in China but iPhone sales there have been ravaged by competition from local Android phone makers such as Huawei, Oppo, Xiaomi, Vivo, and others.

The trade war has reportedly prompted Apple to consider shipping its production to other cheap labour offshore locations, such as Vietnam.

SumOfUs claims that the activities of its membership played a significant role in forcing Google to drop its censorship compliance activities in China.

“Around 86,000 SumOfUs members around the world--just like you--demanded that Google drop its controversial Dragonfly Project, a censored search engine tool for China. And Google listened!” the organisation stated. “This was a huge victory that we can push with Apple also.”

Unlike Apple, however, Google has never had a strong foothold in China, much less manufacture its by far largest revenue producing product in that country.

With Apple expected to bring 5G handsets to market in 2020, a new product range that the company no doubt will expect to revive recently flagging iPhone sales, a question that may be considered is whether they will be made in China.