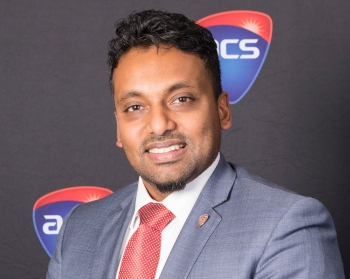 ACS president Yohan Ramasundara: "Much more investment should be made to improve the technology skills of the Australian workforce." Supplied

The Australian Computer Society has welcomed the announcement of a $525.3 million skills package in Tuesday's Federal Budget, but says more investment is needed to develop skills in the country.

The ACS said in a statement that the establishment of a National Skills Commission to focus training on the VET sector, the $62.4 million expansion of second-chance learning programs and the $20.1 million over four years to spot emerging skills needed in Australia were all much-needed programs.

But, it said this still fell short of providing the degree of upskilling needed in technology.

“ACS’ Australia’s Digital Pulse 2018 revealed that Australia would need 100,000 new technology professionals over the next five years just to keep up with current demand. This skills package should help deliver those jobs, and we’re pleased to see that the government has been listening to the calls for workforce reform, but what is in this budget is inadequate for that purpose.”

The organisation was also positive about the program to improve STEM Gender Equality. The Budget allocated $3.4 million over four years to encourage more women and girls to engage in STEM learning and careers.

“It’s no secret that the technology industry has a significant gender imbalance,” said Ramasundara. “Females make up on average 28% of the ICT workforce, compared to 45% of the workforce as a whole. Addressing that imbalance is a key issue that we have needed to address in Australia for some time. However, $850,000 per year won’t go too far in narrowing the gap.”

The ACS said there other programs that should prove positive for the Australian technology sector.

These include the $19.5 million commitment for continuation of the space program, the $67.1 million funding for GovPass, and $10 million provided over four years to the Office of the eSafety Commissioner to deliver online safety education.

Ramasundara was full of praise for the focus on cyber security for the Federal Election.

“The government’s commitment to the cyber uplift for federal government systems for the 2019 federal election is commendable,” he said.

“It has been clear that foreign actors including governments are now more than happy to interfere in elections, and the government should be doing everything it can to ensure that Australian elections remain safe and fair.”