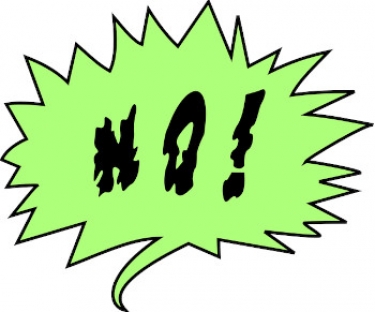 An internal review by the Australian Broadcasting Corporation of its decision to reject a Freedom of Information request from a security researcher, who sought information on its sharing of data through iview, has upheld the original decision.

The decision was conveyed on 6 September to Dr Vanessa Teague, a researcher who runs the infosec outfit Thinking Cybersecurity, and who lodged an FOIA request on 16 June, seeking full information on data-sharing agreements signed by the ABC with third parties who have access to iview data, including Google, Facebook and customer data hub and enterprise tag management firm Tealium, and any other firm to whom the broadcaster has granted access.

Rejecting the request on 6 September, the ABC said, in part: "Having reviewed your request, I have decided to:

Dr Teague was told that the ABC was upholding a decision that it could not divulge details because the arrangements it had with these companies was exempted under section 45 of the FOI Act because disclosure could lead to legal action against it for breach of confidence.

In its original rejection of Dr Teague's FOIA request, the ABC said, in part: "Staff consulted have advised that each of the agreements contain information which was given and received by the ABC on the understanding that it would be treated in confidence.

"The information in the documents has the necessary quality of confidentiality. It is only known to a limited group and is not common knowledge or in the public domain.

"The information in the documents was communicated and received on the basis of a mutual understanding that it would be treated by the ABC as confidential. Each of the documents contain clauses requiring that confidence be maintained."

Dr Teague told iTWire she was planning to appeal to the Office of the Australian Information Commissioner about the ABC's stance.

Her FOIA request was made after the ABC announced earlier this year that it would make logins compulsory from 1 July onwards for using iview, a service that allows users to watch programs that have already been broadcast or, in some cases, which are yet to go to air.

But then the corporation, a taxpayer-funded entity, said it was putting off the compulsory logins for at least the next six months. It did not announce this on its own, but only divulged the delay when asked by the media.

The ABC only released one document to Dr Teague when she asked for the review, a partially redacted seven-page account of the conditions for use of the Google Analytics 360 Suite written by the Federal Government's Digital Transformation Agency.

iTWire initially raised the issue of compulsory logins on 13 May in an op-ed and then asked the ABC the reasons for this decision, given that the corporation logically has no need to monitor traffic as its funding comes from the government.

Commercial news websites monitor traffic in order to use the data for marketing purposes, but the ABC's budget is met from tax paid by the people of Australia.

Dr Teague told iTWire that there was a bright side to her raising the issue. "On the bright side, I see their ads now focus on voluntarily getting an account, rather than being forced to get an account, so that is possibly a good sign. Not sure though," she said.

More in this category: « Amazon accused of lying to House panel over business practices IBM to buy Adobe Workfront Consulting unit from Rego »
Share News tips for the iTWire Journalists? Your tip will be anonymous