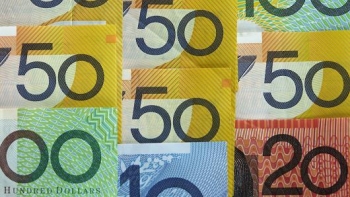 Expert360 says the series B investment will enable it to carve out a “bigger slice of the $600 billion global consulting industry by offering a host of new features and functionality for both clients and consultants”.

The company also says the funds will assist in continued international expansion, with the latest capital raise bringing total funding to $21 million.

“Expert360 has over 15,000 vetted professionals covering hundreds of capability areas. Clients are telling us that many of the best consultants are no longer sitting in firms, or looking to take full-time jobs. They’re on Expert360.”

Loudon said Expert360 had also welcomed AirTree Ventures co-founder Daniel Petre to its board. Petre served as managing director for Microsoft in Australia and has established three major technology investment companies in Australia, including AirTree Ventures, claimed as the country’s largest VC fund.

“Expert360 has hugely resonated with executives who have long sought a way to tap specialised skills for project work. Traditionally, this access has been costly, time-consuming or both. This company is going to redefine the consulting industry.” said Petre.

According to Loudon, the average value of projects available on the Expert360 platform has also increased steadily, with projects now valued at up to $700,000 – and over the next year, Expert360 plans to bring additional functionality to the platform that allows businesses to easily work with individuals in their personal or professional network, manage their contingent and consulting workforce and streamline the team building process.

“Our vision from the start has been to bring people together seamlessly to do high quality work, by providing an intuitive, user-friendly platform.” says chief operating officer and co-founder Emily Yue.

More in this category: « Call for machine learning to be applied to minimise financial risk Aussies drag the chain on digital workplace transformation: survey »
back to top