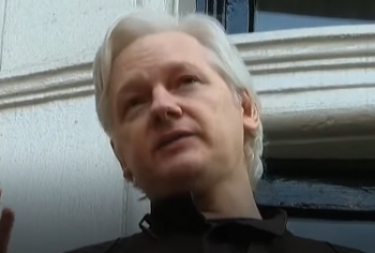 Eleven years since WikiLeaks aired the video Collateral Murder, which showed American Apache helicopters gunning down more than a dozen unarmed civilians in Iraq, the founder of the organisation, Julian Assange, is still in prison in Belmarsh in the UK even though a British judge ruled that he should not be extradited to the US to face charges of spying.

11 years ago today WikiLeaks published Collateral Murder. It was a defining moment in our understanding of the Iraq war.

The Americans have filed an appeal against the verdict not to extradite him. Assange had time until 29 March to respond, after which a decision was to be made whether to let the appeal go ahead.

The Collateral Murder video was released on 5 April 2010. It showed an Apache helicopter firing on a Reuters journalist and his assistant and a number of others in the suburb of New Baghdad. Two children were seriously wounded.

A website dedicated to the release of the video says: "The [US] military did not reveal how the Reuters staff were killed, and stated that they did not know how the children were injured.

"After demands by Reuters, the incident was investigated and the US military concluded that the actions of the soldiers were in accordance with the law of armed conflict and its own 'Rules of Engagement'.

The Collateral Murder video was released by @wikileaks 11 years ago today.

It showed US forces murdering unarmed civilians in Iraq.

Julian Assange & Chelsea Manning are the only people who have been punished in connection with this war crime.pic.twitter.com/myECG6ILFW

"Consequently, WikiLeaks has released the classified Rules of Engagement for 2006, 2007 and 2008, revealing these rules before, during, and after the killings."

iTWire has contacted Greg Barns, a member of Assange's legal team and a WikiLeaks adviser [corrected], to find out the status of the appeal.

More in this category: « Launch of Sky Connect will allow Sky to become a force in UK SME market: analyst Enboarder raises $6.6 million in funding round »
Share News tips for the iTWire Journalists? Your tip will be anonymous