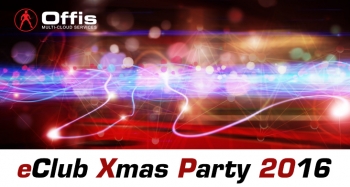 Amazon may once have been ‘just’ an online bookseller, but how should anyone describe the company today? Its ever-growing retail operation aside, Amazon has also branched into web services, with AWS becoming the biggest public cloud infrastructure provider in the world.

Amazon is also a brand of mobile devices, with a range of ebook readers and tablets. Amazon Studios develops films and TV Shows—including the new Top Gear—for its own streaming video service, Amazon Video, available to Amazon Prime members.

And that’s before we include Amazon’s various other acquisitions, including: social media (Goodreads); spoken word, educational and audiobook content (Audible.com); digital comic books (Comixology), and more.

Amazon’s story isn’t about technology, although technology certainly plays a part. It’s about constantly stretching the agreed definition of “what we do”, by looking at the less obvious opportunities hiding just beneath the surface of the current business model and applying a healthy dollop of “what if”.

Advances in technology may have led to Amazon’s own cloud-based infrastructure, but it took imagination to recognise the potential in making that infrastructure available to other businesses as an on-demand service.

As Amazon’s Principal Investigator and Futurist, H.B. Siegel is responsible for constantly asking those “what if” questions, marrying technology trends with imagination to drive genuine innovation.

Siegel’s resume reads like a roll call of creative innovation: the first employee of Pixar, CTO for Industrial Light and Magic, CTO of IMDB.com, Futurist for Amazon, and with more than 60 patents to his credit, many shared with Amazon’s Jeff Bezos. Siegel will be visiting Australia for the first time this December as the keynote speaker at Offis’ special eClub Christmas party event. The keynote won’t be recorded, meaning you won’t be able to catch it later on YouTube.

This is one of those ‘be there or miss out’ deals. Tickets for this exclusive event are now available at (click logo):

BACK TO HOME PAGE
Published in Sponsored Announcements
More in this category: « Which JavaScript Framework is Best for You? Yellowfin, La Trobe University launch partnership with analytics challenge award »
Share News tips for the iTWire Journalists? Your tip will be anonymous