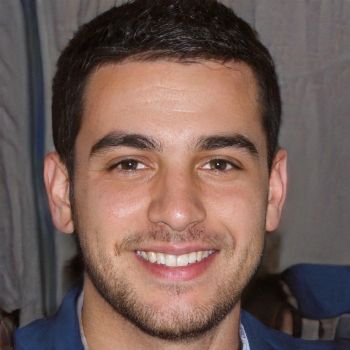 GUEST CONTRIBUTION By Dean Chester, CoolTechZone:  How often do we see advertisements hailing a service as “the best VPN for Netflix” as if that is the primary reason to use a virtual private network? Quite often, and sometimes they are made by the providers themselves.

But are they actually legal? After all, geographical restrictions Netflix and similar streaming services impose on their users must be there for a reason, right?

Of course, there is a reason. It has to do with the rights to show certain content in every country and Netflix, quite understandably, doesn’t have such rights for every film or series it offers. Sometimes, they are held by other companies and sometimes, streaming a particular movie in a given country is simply not profitable enough to acquire those rights.

So does bypassing these restrictions with a VPN or a proxy equal piracy?

In terms of legal matters, such an activity is not considered piracy and is not illegal. That’s the simple part.

However, it is an ethical question as much as a legal one. On the one hand, watching content unavailable in one’s country by bypassing the geo-restrictions can be seen as a morally wrong thing to do because this content is not legally accessible in that region’s version of Netflix or some different streaming service.

But on the other hand, haven’t you paid for your subscription to said service? If you are using it, then you surely have. This is what makes watching stuff you aren’t supposed to this way so tempting: it cannot be theft if you are paying money. At least, that’s what it looks like to many users and although this logic may be deeply flawed, this psychological element is indisputably present.

It is not a secret that Netflix costs different amounts of money in different countries. The number of shows and movies available for a country, however, does not always correlate with the price of the subscription there. In the UK, Netflix users have to pay more than in Japan or Canada while having access to fewer shows.

While it may not, strictly speaking, be piracy, bypassing geo-restrictions is definitely a problem that streaming services like Netflix try to solve. A user employing a VPN or proxy solution to get their hands on the US version of it quite often finds themselves facing an error message.

The reason for that is streaming services’ algorithms that seek out any suspicious activities going on with traffic and IPs of the users to prevent this type of unauthorized access.

For example, if you log into your Netflix account without an active proxy and then log out onlyto turn your proxy on and log in again – as if you are in a different country now – it will look suspicious to these algorithms. As they interpret it, you either shared your account with someone in another country or used a VPN to bypass restrictions. Either way, it’s something that the service does not allow.

There is, unfortunately, no clear-cut answer from the moral perspective if bypassing restrictions can be equaled to piracy. Everyone has to find one themselves – or rely on the streaming services to make bypassing impossible and remove the temptation altogether.

*About Dean Chester - Cybersecurity enthusiast and researcher who knows about the ways to be safe online first-hand.

Published in Sponsored Announcements
Tagged under
More in this category: « Creso Pharma hires former Canopy Growth executives Privacy violations are a terrible thing, but so is the panic they sow »
back to top