Hybrid IT will take centre stage in 2020 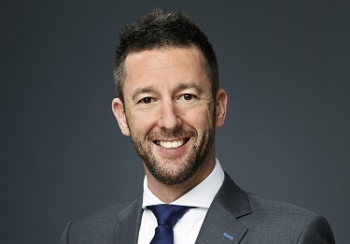 By Stephen Sims, CEO, Brennan IT

SPONSORED NEWS. With more options for the technology stack than ever before, each allegedly offering bigger and bolder returns, efficiencies, and optimisations; it stands to reason that Australian organisations would be sitting pretty on their digital transformation journeys.

Our approaches to digital transformation, often consisting of throwing large amounts of expensive ‘out-of-the-box’ SaaS technology at the problem and hoping for the best, aren’t working and it’s an indicative trend.

More broadly, I believe businesses are reaching a tipping point with cloud-only models, the likes of which we haven’t seen since the server sprawl debate at the turn of the 2010s. This was a moment in time when we collectively realised that there was unsustainable server sprawl and, once organisations became aware that they sometimes had more servers than employees, a consolidation process began.

Buyer beware: cloud-only is not the answer

The coming of age of cloud technology and the rush to adopt it has clearly had many benefits, however the view that a 100% cloud model is the right one needs closer examining.

Firstly, server sprawl is back, as now anyone with a credit card can create one, and shadow IT has taken off with the majority of SaaS applications purchased without the IT departments involvement. Whilst this mightn’t be an issue on the face of it, there are inherent risks (and costs) that arise from having an ever-growing IT environment, and it significantly adds to the second issue: how do you integrate it all together and ensure that it’s secure and performing optimally?

Cloud platforms seem like an easy answer to this question, so businesses have been moving workloads from on-premise to the cloud, taking a ‘lift and shift’ approach that’s seen some things move and left others either on-premise or hosted privately. Having your workloads spread like this is what’s known as a ‘Hybrid IT’ model.

The hap-hazard arrival of most businesses to a ‘Hybrid IT’ model – as many were never planned holistically in advance – has caused some issues. The cause of this is largely to do with the fact that some legacy applications, networks and infrastructure won’t necessarily operate well, or work together, in a Hybrid IT model without interference, monitoring, and/or modification.

As a result of these difficulties, many businesses have made the decision to now pursue ‘cloud-only’ models rather than spending time tuning a Hybrid IT approach - a move that, for most organisations, I believe, is a costly mistake.

The reason for this is that, in adopting cloud and SaaS technologies, you’re losing control, reducing the ability to customise, taking on risks, and committing to large amounts of ongoing spend that’s only going to grow.

2020 represents a prime opportunity for businesses to properly analyse Hybrid IT models and Hybrid Networks, taking steps to maximise performance, reduce operating costs, and come up with stable, long-term IT environments that will enable your businesses to thrive.

Running Hybrid IT models enables businesses to combine different technologies and solutions as though they’re in the cloud, balancing security, cost and performance needs.

In light of this, Hybrid IT models are often the better solutions, because they diversify your options when it comes to: buying software (and how it’s subsequently updated), where your data is hosted, and understanding how your data is backed up. It supports different workloads with the benefits of maximising existing investments, cost-savings, increased flexibility, and added security.

As we begin to prioritise IT expenditure and structure for 2020, business leaders should feel empowered to act on the current state of play and not be bullied down the easy route of adopting a cloud-only strategy.

Despite the promises, a cloud-only model doesn’t mean that your services will always be available, your data is protected, or that it’s the most efficient way of operating. Take action now to recalibrate your IT environment and put yourself back in the driver’s seat with a planned, thought-out Hybrid IT model.

Published in Sponsored Announcements
Tagged under
More in this category: « The rise of the ‘hybrid job’ Training in cybersecurity a ‘hot topic’ in Australia »
back to top