Government cooperation tackled COVID-19, so why not the digital divide and our leadership in the Fourth Industrial Revolution? 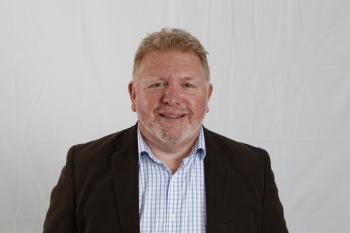 GUEST OPINION by Shannon Fisher,managing director, IPSTAR:  The success of the National Cabinet in coordinating the Commonwealth, States’ and Territories’ response to COVID-19 underlines the historical challenge of operating within a federation but also demonstrates how when Australian governments do work well together, we can be world leaders.

The announcement by Prime Minister Scott Morrison that the National Cabinet will replace the existing COAG framework, is evidence that despite their ideological differences, and differing priorities, the Premiers and Chief Ministers see value in a more cooperative form of federalism during a crisis.

While perhaps not fitting the definition of a crisis, one burning issue that is calling out for better co-ordination and co-operation between Canberra and our second tier of government, is the still gaping digital divide between the city and bush.

That’s not a criticism. It is an observation. And the efforts by all levels of Government to improve access to high-speed Internet, from metropolitan areas to the country’s remotest corners, should be acknowledged.

Whether it is through the so called nbn tax or State-based initiatives such as South Australia’s gigabit broadband network or the NSW Gig State project, our politicians see value in breaking the digital divide.

However, an obvious risk is that a lack of national coordination will lead to duplication of infrastructure and over building, with crucial taxpayer money diverted from other areas in need of increased government investment.

To that end, the new National Cabinet provides an opportunity for governments to work together to tackle the lack of digital equity between metropolitan, regional, rural, and remote Australia.

Announcing the decision to make the National Cabinet a permanent fixture, Mr Morrison said the body would be “driven by an initial single agenda - to create jobs”.

For those of us who have been advocating for and working toward improved high-speed internet access outside metro areas – a key element in driving rural and remote economies – the irony of the Prime Minister’s next sentence was not lost on us.

“One of the things we've learned over meeting so regularly is we can work effectively together as we get together using the telepresence facilities,” Mr Morrison told a press conference in Canberra.

The COVID-19 lockdown has taught all of us, from the Prime Minister down to the young school student, that when equipped with affordable high-speed internet we can work and learn from home successfully – and there is no need for a telepresence facility!

Hopefully, this realisation will drive home the importance of pushing better digital connectivity into rural and remote Australia – whether fixed line, fixed wireless or satellite.

Mr Morrison listed a number of key areas he wants the National Cabinet to focus on, in close consultation with the States, post COVID-19.

These included “… rural and regional Australia … population and migration; and recognising the important role of health, in terms of having a healthy workforce and a healthy community to support a strong economy”.

Real achievement will only occur in these key areas if the digital divide is conquered.

If we want people to move into rural and regional Australia to work and live, they need high-speed internet. Working and learning from home needn’t be connecting to your local school and employer.

As the pandemic shut down has shown there is no reason why a person in West Wyalong or Roma can’t work for an employer in Sydney or Perth; or a university student in Katherine can’t attend virtual lectures hosted in Hobart.

A healthy workforce and community is more likely if people can access the best e-health products and services.

A strong rural and regional economy requires a level of digital connectivity on par with capital cities at the same price.

The nbn is acutely aware of this, as demonstrated by its Sky Muster Plus internet satellite service and plans that ensure video platforms such as Zoom, or Microsoft Teams don’t count against customers’ data allowances.

The Federal Government rightly sees the value in building the Inland Rail from Brisbane to Melbourne to drive economic growth across three states. Another form of interconnectivity, albeit based on a technology that began lifting living standards around the globe over 150 years ago.

Citing a study by global professional services firm, EY, Deputy Prime Minister, Michael McCormack said recently that Inland Rail could boost GDP in regional communities across Victoria, New South Wales and Queensland by up to $13.3 billion over 50 years – via complementary industry investment alongside the rail line.

However, buried in EY’s report was this telling observation under the heading Challenges and enablers to investment:
“Utilities Power, water and internet connectivity all impact a business’ decision to establish or relocate their operations.

“While Inland Rail offers greater access to markets and improved supply chain connectivity, a lack of essential utilities can significantly impair the attractiveness of a location and hinder the growth of a region.

“Connectivity will allow smaller towns off the Inland Rail alignment to maximise the enduring economic benefits for regions.”

The Australian Government’s Inland Rail Interface Improvement Program was established to address this challenge, identifying and assessing projects that could potentially increase and maximise the long-term benefit of Inland Rail’s connections to the national freight rail network.

Concerningly, nowhere in the marketing materials about the program does the word internet or digital appear.
Perhaps one of the first areas of discussion for the National Cabinet post COVID-19 will be ensuring that all consortia bidding for infrastructure projects include installation of essential digital infrastructure - fibre.

Why isn’t high-speed internet fibre being laid the length of the track from Brisbane to Melbourne?

Installing high-speed broadband infrastructure as part of the track build would not only reduce costs but also drive complementary industry investment along the corridor, this infrastructure could enable investment in agriculture, internet and mobile networks all creating more jobs and enabling the migration of workforces from Melbourne, Sydney and Brisbane.

It would also help Australian farmers and graziers access digital products and services such as IoT to drive efficiencies and scalability, underpinning the Federal Government’s commitment to turn the agricultural sector into a $100bn industry by 2030.

The new cooperative Federalism exemplified by the National Cabinet has helped Australia manage the biggest threat to the nation since the second world war. It should be used to overcome our digital divide once and for all and better coordinate our leadership in the Fourth Industrial Revolution (Industry 4.0).

More in this category: « SonicWall Boundless Cybersecurity Platform Swiftly Providing Remote Workforces with Secure Mobile Access, Defense in ‘New Business Norm’ Key challenges to consider when transitioning employees back to the office »
Share News tips for the iTWire Journalists? Your tip will be anonymous