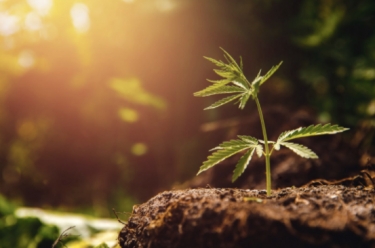 Company News: Whilst some cannabis stocks can trade on hype and future earnings potential, Bod Australia (ASX: BDA) has much more than that going for it.

BDA not only has a growing revenue base, an impressive founder/CEO, who has a large shareholding and a deep-pocketed global distribution partner in Health & Happiness Group (H&H), the parent company of Swisse, it is also riding the wave of favourable regulatory change.

The cannabis industry has been undergoing a transformation of sorts over the last six months.

In Australia, the Therapeutic Goods Administration (TGA) announced a decision to down schedule CBD products to Schedule 3 (Pharmacist Only) medicines.

Finally, the US House of Representatives passed the Marijuana Opportunity Reinvestment and Expungement (“MORE”) Act to decriminalise cannabis at a national level. The bill aims to remove cannabis from the US-controlled substance act while recognising the therapeutic benefits of the drug.

BDA and its partner H&H have rolled out several therapeutic and medicinal hemp and cannabis products across global markets.

Through its partnership with H&H Group, BDA has released nine hemp seed products under the Swisse brand, which are sold in over 2,000 outlets across the globe.

A further four Swisse CBD products were launched in the Netherlands, representing the third major market that BDA and H&H have entered collaboratively.

In Australia, BDA products sold under the Swisse partnership can be found at Chemist Warehouse, Coles and Priceline pharmacies. 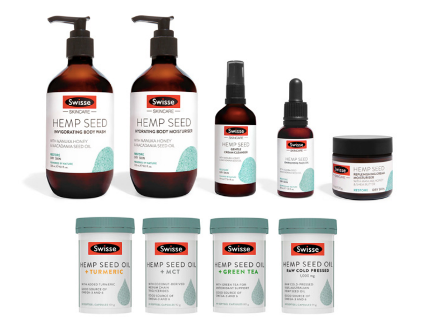 BDA products are also sold in the UK, Netherlands, and Italy, with further expansion in Europe and the US to come, as a result of the H&H partnership.

BDA and H&H will launch products in over 4,000 pharmacies across Italy and through Swisse’s established e-commerce channels and has a binding purchase order from H&H valued at $200,000 for Swisse hemp seed oil products to be sold in France, as well as existing Netherlands and UK channels.

On the medical cannabis side, CBII marked H&H’s first-ever use of BDA’s CBD in its product range and directly underpins sales growth through an innovative direct to consumer model. 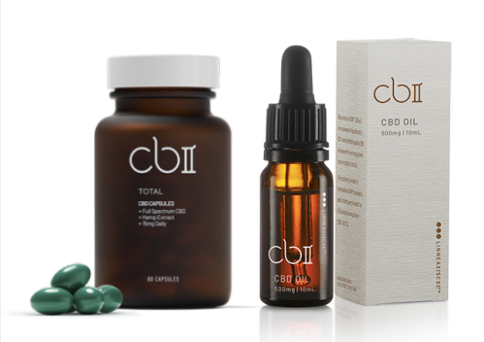 Further to this, during H1 FY2021, BDA filled a total of 3,941 MediCabilis™ prescriptions, highlighting a 114% increase on the previous corresponding year.

Strong patient and physician product satisfaction is outlined by repeat prescriptions accounting for 62% of sales volume and demonstrates the benefits that MediCabilis™ continues to deliver to patients suffering from a range of chronic conditions, which account for 74% of prescriptions.

The US looks to be the next market BDA is set to crack.

In 2020, BDA's CBD and hemp oil preparation received a self-affirmed Generally Recognised as Safe (GRAS) registration concluding it safe for use in specified food products in accordance with the stringent FDA safety guidelines.

What this means is that BDA’s CBD and hemp range is considered safe for use in a wide range of food supplement and beverage applications.

H&H has an established presence in the USA and BDA expects to generate significant revenue from sales of its products in the US market.

The company will launch products directly to consumers through e-commerce platforms as well as with recognised retailers.

Growing revenues equate to a positive outlook for BDA

H&H provides BDA with an established global network that has had a highly positive impact on sales and revenues.

In fact, growth was underpinned by the sale of innovative CBD and hemp products to H&H.

Sales to H&H attributed $1.4M to revenue, marking a 1,040% increase and highlights the strong consumer demand for BDA and H&H’s innovative product ranges in Australia, the European Union and the UK.

BDA reported a total revenue for the half of $3.3M, marking a 62% increase on the previous corresponding period.

Good business acumen has also led to reduced ordinary losses from activities by 8.4% to $1.2M, driven by a decreased spend on marketing costs and corporate overheads, despite the appointment of new employees in Australia, the UK and the US.

Alongside Australian growth, prescription growth is expected to continue with a well-established and increasing UK footprint.

The agreement provides Bod with an established footprint in the UK, strong distribution channels and a network of physicians to fill prescription volumes generated from Project Twenty21.

BDA is also exploring additional opportunities to broaden its operations in the UK.

BDA and H&H will launch products in over 4,000 pharmacies across Italy and through Swisse’s established e-commerce channels.

The company also has a binding purchase order from H&H valued at $200,000 for Swisse hemp seed oil products designed to target specific need status including stress, sleep, energy levels and general wellness to be sold in France, as well as existing Netherlands and UK channels.

Entry into the US market could present several further revenue-generating opportunities.

BACK TO HOME PAGE
Published in Sponsored Announcements
More in this category: « Twilio Segment Releases 2021 CDP Report, A Look at How Pandemic-Driven Digital Acceleration Ushered the Industry into a New Era 8x8 Integrated Cloud Contact Center and Communications Driving Global Channel Momentum »
Share News tips for the iTWire Journalists? Your tip will be anonymous