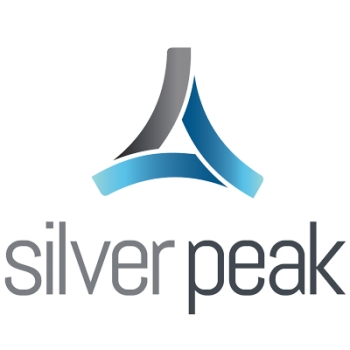 Starting in 2018, most enterprises will adopt a ‘cloud-first’ SD-WAN architecture designed to support the ongoing evolution in their application mix efficiently and effectively, predicts David Hughes, founder and CEO of Silver Peak.

Hughes notes that most WAN traffic running to and from branches and remote sites today is destined for the cloud, either to SaaS services or applications hosted in an IaaS environment. But the traditional WAN was architected for branch-to-data-centre traffic flows, not to efficiently support new cloud-driven traffic patterns. A cloud-first architecture will resolve this issue.

Hughes has deep knowledge of the networking industry and its technology. He has been awarded more than 50 patents in areas including data acceleration, routing and packet switching, control and scheduling algorithms. His complete list of 2018 predictions follows:

Traditional routers are no longer the default choice for branch deployments. Routers are burdened by three decades of complexity and a cumbersome ‘CLI-first’ device-by-device configuration paradigm. With SD-WAN as a foundation, a new class of centrally orchestrated, application-driven WAN edge devices will replace traditional routers in the branch.

Cisco is no longer the safe, default choice for routing and switching

The move away from traditional Cisco router and switch architectures will not be confined to branch office deployments. In 2018, we will continue to see big share shifts in the data center. Enterprises will be more inclined to deploy innovative networking technologies from vendors beyond Cisco, marking a favorable change for the overall networking ecosystem.

For years, enterprises have been hamstrung, forced to choose between backhauling all branch office traffic to one of several next gen firewall-equipped hubs or deploying a firewall at every branch site. In 2018, the new WAN edge empowers enterprises to make this decision on an application-by-application basis.

Network managers can elect to breakout trusted traffic locally at the branch, divert to a cloud-based firewall service (sometimes called a web services gateway), or backhaul to a full security stack at a central location. Enterprise-grade SD-WAN solutions also enable enterprises to micro-segment traffic across the WAN, thereby containing the impact of any breach.

Machine learning will be used to complement automation and enable networking to move beyond traditional device-by-device CLI configuration toward intent-driven service orchestration. We will see this evidenced in new application classification techniques, learning and adaptive networking functions and powerful data analytics that turn terabytes of data into actionable insights and actions for network operators.

For the last few years, the number of devices under cloud management has grown steadily, expanding beyond Wi-Fi to switching, and now to the new WAN edge. Cloud-based management and orchestration simplify initial deployment, provide better ongoing availability, and most importantly, are backed with web-scale storage and compute resources that enable analytics and machine learning-based techniques that would be difficult to support in most private enterprise environments.

One Virtual Network Function (VNF) is better than four

2018 will see more carriers rolling out universal CPE offerings – commodity x86 appliances with the ability to host virtual network functions from multiple vendors. While much of the hype in this market has been around service chaining an arbitrary mixture of these VNFs, as carriers and their customers gain more experience, it will become apparent that the fewer VNFs required, the better.

Ultimately, one advanced SD-WAN-based VNF will provide all the networking services required in a typical branch site deployment. The value of universal CPE will centre on the ability for enterprises to select their preferred technology stack without switching out hardware, enabling them to move on from building an arbitrary franken-mixture of services.

The initial wave of SD-WAN deployments have been spearheaded by early adopters willing to go it alone with ‘Do-It-Yourself’ SD-WAN deployments which they configure, deploy and manage in-house. While an SD-WAN dramatically simplifies the branch over the traditional router-centric WAN, some enterprises prefer to outsource networking and will seek a fully managed solution. Others want deployment assistance, but then want to manage the network themselves. And others will want co-management.

In 2018, enterprises will have more options to choose from with traditional VARs, system integrators and service providers all bringing to market new SD-WAN services that fill out the spectrum from DIY to fully managed.

As SD-WAN hits mainstream, the largest independent SD-WAN vendors will likely be in a position to pursue an initial public offering. 2018 is likely to see one or more S1 filings in preparation for IPOs. For smaller players, it will be time to wrap-up and find a home under the wing of a larger and more established company. For those technologies acquired in 2017, it remains to be seen what aspects of the original products will be incorporated into the parent companies’ offerings, and which will be abandoned.

Published in Sponsored Announcements
Tagged under
More in this category: « Sri Lanka ICTA Welcomes MOQdigital to Colombo Plugging the warehouse productivity drain »
back to top