SpaceX selected by SES for Launch of new C-Band Satellites 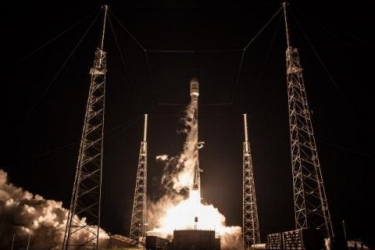 The four satellites will enable SES to clear 280MHz of mid-band spectrum for 5G use while seamlessly migrating SES’s existing C-band customers and ensuring the continued delivery of digital television to nearly 120 million American TV homes and other critical data services.

In the last few months, SES says it has been increasingly working with US businesses across the country and investing in America in the C-band transition plan, and its long-standing relationship with SpaceX - which has launched six SES satellites in the last seven years - signifies its latest commitment to the US.

“Clearing mid-band spectrum and protecting our broadcast customers to ensure business continuity is a significant undertaking and we absolutely need to be working with the right partners,” said Steve Collar, CEO at SES.

“We have a deep and trusted relationship with SpaceX having been the first to launch a commercial satellite with them and subsequently the first commercial company to adopt the flight-proven booster and we could not be more confident in their ability to deliver on this time-critical mission.”

SpaceX President and Chief Operating Officer Gwynne Shotwell said: “SES is one of SpaceX‘s most-valued partners, and we are proud of their continued trust in our capabilities to reliably deliver their satellites to orbit. We are excited to once again play a role in executing SES’s solutions to meet their customers’ needs.”

More in this category: « Research team building drone that mimics a bird in flight CSIRO maps grain paddocks from space »
Share News tips for the iTWire Journalists? Your tip will be anonymous