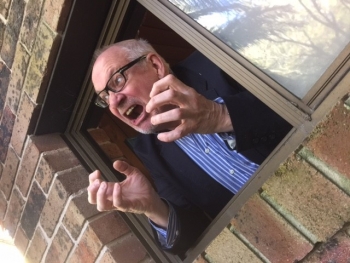 Thinking of moving to Windows 10? My own sweet and sour story might provide some guidance.

OPINION - I am what they call a power user. I spend most of my working day, and many of my leisure hours, in front of a computer screen.

It is a very important to me to have the best PC, and I do not like to compromise. After an unfortunate experimentation with the Apple Mac environment a few years back I am a dedicated user of Microsoft Windows and Microsoft Office.

And before you Mac fanboys rush to the defence of your toy operating system, try using it on very large and complex files like market research reports of hundreds of pages, incorporating substantial graphics and spreadsheet data. It will end in tears when the latest version of your work disappears suddenly for no reason, taking with it recent versions from the hard disk.

So Windows it is. I have used its various versions – except the hated and flaky Vista – since Windows 3.1 legitimised its use on Intel machines in 1992. Apple’s Mac had used the WIMP (windows, icons, mouse, pull-down menu) interface since 1984, after stealing the concept from Xerox, but it was the widespread introduction of the graphical user interface on PCs that made it mainstream.

In recent years I have used Windows 7 and Windows 8. Like many people, I wasn’t overly keen on Windows 8, which relied too much on tiles. I put a shell over it which made it look like Windows 7 for day-to-day use, while still enabling access to the occasionally useful tile interface. During most of that time I also used a Windows Phone Nokia 1520 as my day-to-day mobile device, and the two coordinated well.

But because of Windows 8’s limitations I was looking forward to Windows 10. I was going to wait a couple of months before shifting, but some hardware problems with my 18 month old HP Envy led me to get a new machine just last week.

Great, I thought. I can get a PC with native Windows 10 on it. JB Hi-Fi and Harvey Norman have been pushing Windows 10 strongly, and they have adjacent stores near me at Caringbah Super Centre.

I went into JB Hi-Fi first, because they were closest to the entrance to complex and because I’ve never like Harvey Norman. There were dozens of PCs on the floor, many of them with Windows 10 signs on them. I limited myself to looking at these machines.

I quickly found one I liked, a 15 inch HP with lots of USB ports and an Ethernet connection. (I will not use a USB-Ethernet adaptor – which sad experience shows me just adds another point of failure – and I will always use wireline over wireless.)

It had a fast processor and a big disk drive and the price was right. And, importantly, it was running Windows 10. No need to look any further. I said I would buy it.

But then they found there were none in stock. Could I buy the display machine? After a brief consultation with the manager, the pleasant sales assistant, whose name was Narvana, said yes, but they would have to reconfigure it to scrub off all the JB Hi-Fi stuff on it.

No problems, I said, and I paid for it and went to have a milkshake while they did so. But as I was leaving Narvana told me that reconfiguration would take it back to Windows 8.

Aaarrgh! I reiterated that I wanted native Windows 10, as I didn’t trust the upgrade process. It’s just the same, they said, it’s a simple one-touch upgrade. No! I am a little way down the Asperger’s syndrome scale, and I get a little irate when people don’t understand what I regard as clear and concise English.

A more senior guy, whose name was Jules, came over and I had to repeat the whole thing. I-want-a-machine-with-Windows 10-already-installed. After finally getting them to understand this simple request, we found another machine that they assured me met this basic requirement. It was a cheaper and less configured device, but it met my minimum configuration, so I got my refund for the difference and took it home.

What happened when GP took his PC home? Read on ...

I plugged it in and started to configure it. Not far into the process I was met with a screen offering to upgrade me to Windows 10. I looked at the box. ‘Windows 10 ready. Free upgrade to Windows 10’. Aaarrgh!

I rang the store and asked to speak to Jules. I told him what had had happened. He was most apologetic and said he would speak to the manager and call me back.

After a while he had not done so. So I rang back, exactly an hour later (told you I had Asperger’s). He apologised again – said the shop had got really busy (it was a Sunday afternoon), and the manager would call me ASAP.

The manager (his name was Dave) did call me back, within a few minutes. He too was very apologetic. He offered me two other Windows machines, but neither had the right specs for me. I said I would come back in and we could discuss things.

But not a single PC in the store was running Windows 10. There were scores of them – all running Windows 8 with the promise of a ‘free upgrade’. Windows 10 was not there at all – it was up in the Microsoft cloud. I had to repeat my I-want-a-machine-with-Windows 10-already-installed talk twice, as if talking to a retarded child, which I suspect some of them were. No luck, and patronising treatment.

So I went back to JB Hi-Fi and asked for Dave, the manager. I said reluctantly that I would take the first machine and upgrade it to Windows 10 if he could cut me a deal. I had a lot of work to do and had to have a machine that day. He was very helpful, and by this time they all wanted to get rid of me (Narvana and Jules were hiding out the back so they wouldn’t have to confront me again).

So I got the machine I wanted at the price of the cheaper machine, which roughly made up for all the time I had lost (there is a direct relationship between time and money when you are a freelance journalist). And when I got back from my milkshake while they had reconfigured the PC, they said had gone back to Windows 10, not Windows 8! PC error in your favour!

So for a little bit of whingeing I got the machine I wanted at a reduced price, from the helpful (if at times ill-advised) people from JB Hi-Fi.

Now I have nice new HP running Windows 10, and it’s humming. I love it.

And my Windows Phone? I went back to iPhone earlier this year – it actually synchronises better with Microsoft Office than Microsoft’s own phones, which force you to do so through the cloud.

I don’t hate Apple any more than I hate Microsoft – they are both necessary evils in the 21st century. But I do like Windows 10.

BACK TO HOME PAGE
Published in Software
Tagged under

More in this category: « Review - Fitness Match for iOS Review - ShutOff for Android (and iOS) »
Share News tips for the iTWire Journalists? Your tip will be anonymous