WTF – What the Fuchsia? Featured 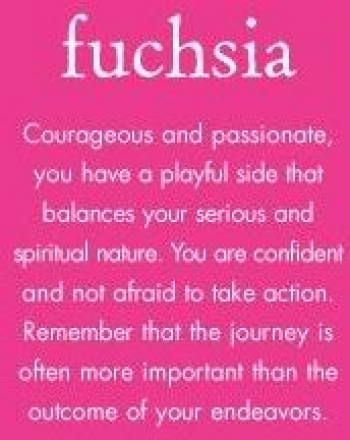 Google is working on a new operating system and it is not based on Linux, Unix or any other variation – and it will run on any processor, anywhere. That is the theory.

Like a lot of things Alphabet, Google's parent company, does, it may be part of a grand plan, or it may just be a project “because, like the mountain, it is there". The rumours began when a link to a Git repository on fuchsia was located.

Google is tight-lipped about its purpose – but if you are inclined you can play with the code either on bare metal or run up a virtual machine and it allegedly runs on IoT devices like Raspberry Pi 3, ARM (smartphones and tablets) and x86 architecture.

Closer examination of the code reveals that it does not have Linux roots — or any other roots for that matter — and has been designed from the ground up. That is going to make the filing of patents easier.

One observant coder spotted, however, that the copyright notice is (c) 2008-2015 Travis Geiselbrecht. Those leading the project include Google engineers Adam Barth, Travis Geiselbrecht, Petr Hosek, Eric Holland and Brian Swetland. Members of this group have been involved in HP’s webOS and BeOS (a desktop OS).

One user called “Pavlov” has suggested that Fuchsia has very strong graphics capabilities called Escher and could be focused on augmented and virtual reality. He said that it supports OpenGL and Vulkan, and it was a conundrum – why would a supposedly lightweight OS want to support such sophisticated kit?

Of course, this has the pundits claiming it is the beginning of the end of Android, Chrome OS and more, but both these operating systems have advanced ecosystems (apps). In Android’s case, it has been developed to take advantage of everything the ARM processor can do and it's unlikely that Google would abandon something that runs around 70% of all smartphones.

But Google is also very concerned at the fragmentation of Android, at its inability to roll out over the air updates (as Apple and now Microsoft can), and at rumours of major smartphone vendors defecting to Tizen. It may just be time to follow its saying “Don’t be evil” to that smartphone ecosystem.

And for some trivia:

I suppose that is better than naming an operating system after a lolly! Spank me.

More in this category: « Microsoft Surface 'everything' – rumours and innuendo WhatsApp and Facebook to share data – even more snooping »
Share News tips for the iTWire Journalists? Your tip will be anonymous