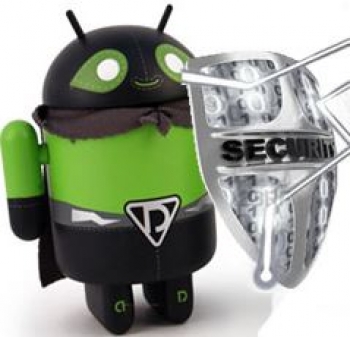 Google’s Android may be getting safer for those lucky enough to have Nougat 7.x but for the rest there are some security apps well worth installing.

But it is not only about Android – there have been sophisticated phishing scams on Gmail, the Yahoo data breach hack, and more that can lead to phishing – the main entry point for malware.

As Eugene Kaspersky said at CeBIT 2017, “Hackers go after the low hanging fruit where the money is.” Android now powers 81.7% of all smartphones (by sales volume) and upwards of 90% of slate tablets so do the math.

NordVPN has provided a list of the 10 hottest Android Security Apps. iTWire has tried most of them and they get the tick.

Signal is an encrypted messaging and voice calling app that provides end-to-end encryption to secure all communications. The app can also verify the identity of people one is messaging with and the integrity of the channel they are using. When texting with non-Signal users, one has an option to invite them to an encrypted conversation via Signal.

NordVPN (Virtual Private Network provider) is a must-have encryption app. A VPN encrypts the data traveling between the user and the Internet and re-routes it through a VPN server and is the best security mechanism to ensure Internet traffic remains confidential. NordVPN has a reputation of focusing on security and having a zero logs policy, and is fast and easy to use. NordVPN’s app for Android devices is focused on user experience and is very easy to work with. The app re-routes and encrypts all Internet traffic making the connection private and secured. For added security, NordVPN offers DoubleVPN servers.

Applock is an app that locks down various apps and protects a user’s phone from snooping by a curious co-worker or children. Users activate the app and enter a pin to protect their apps, including photos, Facebook, Whatsapp, Instagram, SMS and others.

Norton Identity Safe simplifies the task of remembering complex passwords: it saves all usernames and passwords and syncs them across Android devices. The app then securely stores all passwords in an encrypted Vault that only the user can access. Secure passwords can be created within the app. The app also allows for faster checkout as it fills in forms with the user’s bank information. Before visiting any website, Norton Identity Safe shows if it’s secure to access.

DuckDuckGo is for those who want a more private browsing experience. It’s a search engine that provides information from hundreds of sources, and keeps the search private.

Syncthing app synchronises files between two devices, such as a back-up of an Android device to a user’s home computer. Any selected files are copied between devices via an encrypted connection. Data is not shared with a third-party cloud service, and users can add as many devices as they like.

Avira Antivirus Pro protects an Android device from malicious apps, banking trojans, and other mobile threats. It comes with anti-virus scanner, app lock and even phone finder.  Having said that Norton, Kaspersky, McAfee, Trend Micro and others have excellent paid products.

Cerberus Anti-Theft is an anti-theft application, used to recover a misplaced, lost or stolen Android device. It's not just a "find my phone" app or a phone tracker - the app has many unique features, such as remote access and complete uninstall protection.

NoRoot Firewall is an Android firewall app that helps manage outgoing Internet connections by allowing the user to grant or block access to all apps, one at a time. The user can allow or deny access based on IP address, hostname or domain name.

Since most of our valuable information is stored online, it’s important to know that it’s secure. Besides security and privacy apps, everyone should use common sense when sharing information on their devices, encrypt when using public Wi-Fi and always use strong passwords.

More in this category: « Google self-drive car puts rubber on the road The two things users will like about Windows 10 »
Share News tips for the iTWire Journalists? Your tip will be anonymous