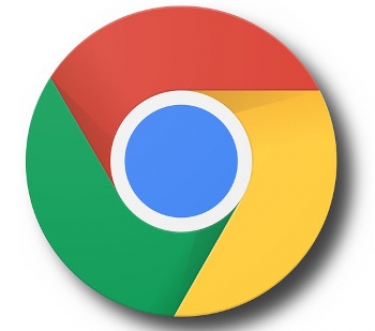 Just a day after an Indian researcher released details of a one-day bug in Google's Chrome browser, a Chinese researcher known as frust has released a zero-day for the same browser.

A video of the way in which the bug can be exploited was released on YouTube.

The demonstration shows how the vulnerability can be used to open applications on Windows desktops, with the example in question being the Notepad application.

The code for the exploit has been uploaded to the Microsoft-owned code repository, GitHub.

The Indian researcher, Rajvardhan Agarwal, said later that his discovery was a one-day exploit as it had been fixed in the latest version of the V8 JavaScript engine which is used in Chrome and also the open-source browser Chromium, both of which are owned by Google.

another chrome 0dayhttps://t.co/QJy24ARKlU
Just here to drop a chrome 0day. Yes you read that right.

Satnam Narang, staff research engineer with security shop Tenable, told iTWire that the Agarwal's vulnerability appeared to be the same one that was disclosed during the Pwn2Own contest held earlier this month.

According to the results of the contest, the bug was used by Bruno Keith and Niklas Baumstark of Dataflow Security to target Chrome and Edge in the Web browser category.

Ok ok actually a 1day as it's fixed in the latest v8 version but still works on latest chrome ;)

Three other browsers — Brave, Microsoft's Edge and the Norwegian browser Vivaldi — also use the same JavaScript engine as Chrome.

Asked for his take on this bug, Satnam Narang, staff research engineer at security company Tenable, said: "What makes both of these publicly disclosed vulnerabilities similar is that they are of limited value by themselves.

"In this case, it takes two to tango, which means they require a separate vulnerability to break out of the Chrome sandbox. Once again, this latest vulnerability is also mitigated by the fact that it is not paired with a flaw to escape the sandbox.

"Therefore, an attacker cannot compromise the underlying operating system or access confidential information without combining this vulnerability with a second vulnerability to escape the sandbox.

"Zero-days may garner most of the attention, but known yet unpatched vulnerabilities enable most breaches and have become favoured by advanced attackers.

"Despite the limited impact from the public disclosure of another Google Chrome vulnerability, we continue to encourage users and organisations alike to ensure they are patching their browsers like Chrome and Edge as soon as possible."

More in this category: « US alleges Russia behind SolarWinds compromise, imposes curbs on six firms Project Zero changes disclosure policy, third parties get more time to patch »
Share News tips for the iTWire Journalists? Your tip will be anonymous