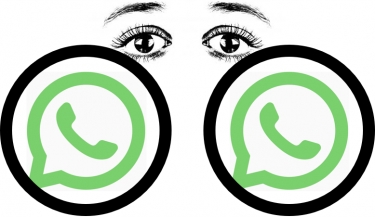 An 'intentional product decision' has meant that Google is able to index WhatsApp's invitation codes.

This was first reported to Facebook in early November by Twitter user HackrzVijay (in the hope of collecting on their bug bounty), but Facebook's 'security' representative, Kurt claimed that, "The links being accessible by anyone was an intentional product decision. Group admins can invalidate the link if so desired. The Surprise here was that they're indexed by Google. However, we cannot completely control what all search engines, Google, and others, index."  This was Kurt's response in full: 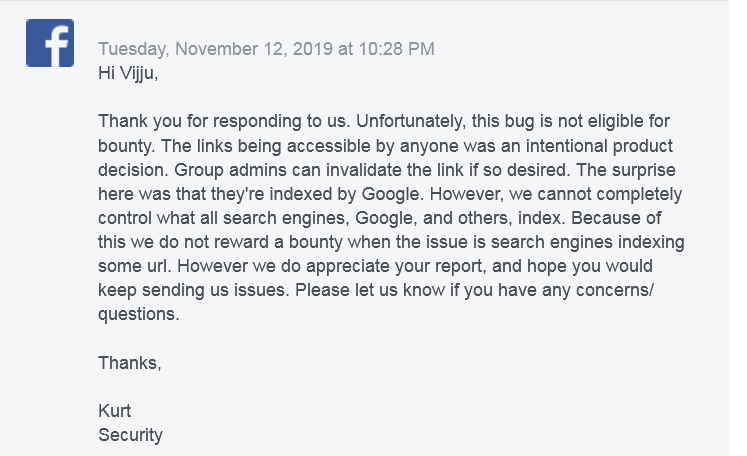 Has Kurt never heard of robots.txt or the 'noindex' meta tag? Those are the two normal ways of informing Google that the content should not be added to their search database.

How simple? Just ask Google to search for "chat.whatsapp.com" and add whatever identifier you think might be useful. This writer tried a few that popped into our mind and could easily locate a number of 'interesting' chat groups.  We didn't attempt to join any of them (they were probably expired anyway).

Be aware though, in this instance, Google has done nothing wrong. Not seeing any command to ignore the content, they merrily indexed all of this. It is WhatsApp's, and ultimately Facebook's problem.

Apparently Facebook doesn't think there's anything wrong with this, but then again, they've always struggled to grasp the importance of security and privacy of their users!

Update. It seems that something has been done to suppress the visibility of these invite codes. By instructing Google to limit search results to the past 24 hours, this writer found only news articles that discuss the problem were visible. Extending the limit to the past week DOES result in chat groups being displayed.