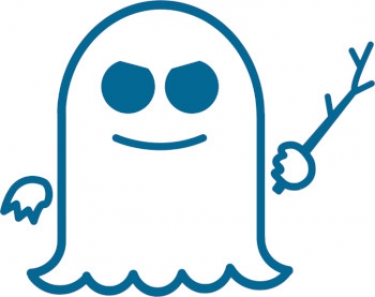 A French researcher claims to have found a working exploit for the Spectre vulnerability on Linux systems on the VirusTotal database, the first such exploit to come to light since the flaw was made public by Intel back in 2018.

Julien Voisin said in a short post on Monday that a Windows exploit had also been uploaded, adding that he had not looked at it closely.

Spectre, which is a flaw present in Intel processors made since 1995, can allow vulnerable applications to be tricked into leaking the contents of their memory.

Intel was forced to go public with the bug after an embargo set by Google researchers, who discovered the flaw, was broken before the set date of 9 January 2018.

Google justified the breaking of the embargo, saying: "We are posting before an originally coordinated disclosure date of January 9, 2018 because of existing public reports and growing speculation in the press and security research community about the issue, which raises the risk of exploitation."

Intel claimed at the time that its processors were not the only ones vulnerable, but AMD, its only rival, was categorical in saying that its wares were not affected.

Voisin said he had successfully tested the exploit on a vulnerable Fedora system and was able to get the contents of the /etc/shadow file dumped in seconds.

This file contains actual passwords for user accounts in encrypted format, along with some additional properties related to the passwords.

"Interestingly, there are checks to detect SMAP (supervisor mode access prevention) and abort if it's present. I didn't manage to understand why the exploit was failing in its presence," Voisin wrote.

The source of the exploit appears to the security firm Immunity which has a platform known as CANVAS. Soon after the announcement of the bug, the company put out the following tweet:

For those who have been asking, our SPECTRE exploit dumping /etc/shadow is now available to our Canvas Early Update clients.https://t.co/CEqGfTXa2R#spectre #meltdown pic.twitter.com/SbESP69Fo6

Immunity was owned by former NSA hacker Dave Aitel who sold the firm to Cyxtera Technologies in 2019. He stepped down from an active role in the company as of 31 December 2020.

According to a report in The Record, one post on the website Hacker News more or less confirmed that the exploit was crafted from Immunity's exploit, writing: "If you are a paid subscriber you get extra bits from VirusTotal.

"One of which is you can see what files are 'parents' of the sample. In this case, there are a bunch of zip files that contain this file, all named Immunity Canvas or similar. Canvas is a pentesting tool where they publish exploits, so I guess he's saying you can attribute it to Immunity.

"And yes, VirusTotal lets you download the file if you pay. It's the foundation of the "threat-intelligence" industry :)."

More in this category: « Leader secures Acronis Cyber Protect Cloud portfolio distribution deal for Australia India says power outage due to human error, not China as NYT alleged »
Share News tips for the iTWire Journalists? Your tip will be anonymous