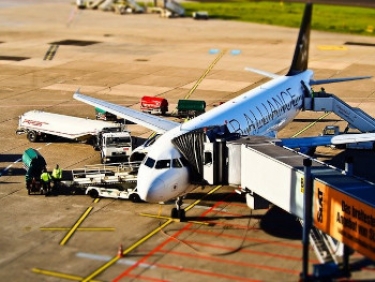 Image by MichaelGaida from Pixabay

Premier aircraft leasing asset manager SKY Leasing has been hit by a gang of cyber criminals using the Windows Avaddon ransomware and the attackers have leaked 20 files of the company's data on the dark web.

iTWire contacted the company on 30 November, using the only email address available on the company's website, and seeking comment by 10am AEDT on 2 December. There has been no response to date, apart from an automated reply which shows the email has reached its intended address.

Most of the information that has been dumped appears to be financial data, with some information relating to leases and others being about technical pre-buy inspections.

SKY says on its website that it has done US$20 billion (A$26.9 billion) worth of aircraft transactions thus far and has raised US$1.5 billion in equity capital from private equity, pensions and institutional capital.

The company has offices in Dublin, Ireland, and San Francisco.

On its site, it says: "The company's team of industry professionals, including executive chairman Rich Wiley and chief executive Austin Wiley, have developed extensive relationships in the international airline community by leasing aircraft to over 200 airline customers globally and executing more than 600 aircraft transactions valued at over US$20 billion.

The Avaddon ransomware behaves as does other malware of its genre, encrypting data after having first exfiltrated it so that the attackers in question have an additional means of putting pressure on victims to pay up.

As a security source explained: "The ransomware isn't what exfiltrates the data. The attackers get into a network and grab a copy of the data before the ransomware is ever deployed.

"They could do this via a script, via a straightforward copy and paste to a remote server or, if the company has cloud back-ups, they could simply download those.

"Once they've got the data, they'll deploy the ransomware of their choosing: Avaddon, REvil, NetWalker or whatever. What you get depends on who broke into your network."

The tactic of stealing data was first adopted by Maze in November 2019, according to Sophos senior security expert John Shier.

In a blog post earlier this year, he said the tactic had been adopted by other groups such as Ako, Avaddon, Cl0p, DoppelPaymer, Nemty, Nefilim, REvil (Sodinokibi), NetWalker, Pysa (Mespinoza), Ragnar Locker, Sekhmet and Snatch.

More in this category: « Australia signs US deal for joint development of cyber training range Many Android apps yet to patch flaw in Google Play Core Library »
Share News tips for the iTWire Journalists? Your tip will be anonymous