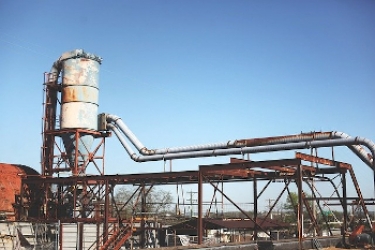 Image by fancycrave1 from Pixabay

A Windows ransomware attack on a gas pipeline in the US, briefly detailed by the US Cyber Security and Infrastructure Agency recently, is probably the same as that reported by the US Coast Guard in 2019, the security firm Dragos claims.

The CISA report, on 18 February, said a Windows ransomware attack had affected a natural gas compression facility run by an unnamed American pipeline operator. It was vague on other details.

Dragos said its claim was based on information that had been shared with it and public reporting. The founder of Dragos, Robert M. Lee, is a former NSA hacker, and the company specialises in security for industrial control systems.

The lack of segregation of IT and ICS environments, and the fact that both used Windows as the operating system, were the likely reasons why the pipeline had been breached, the Dragos post said.

The company added that the attackers had infiltrated a natural gas compression facility owned by the pipeline operator. The ICS devices affected included data historians and human machine interface devices. However, no Layer 1 devices or those lower down, such as programmable logic controllers, were affected.

After initially gaining access to the pipeline operator's network by using phishing, the attacker then pivoted and spread to ICS assets, Dragos said.

After that, ransomware was deployed across the network, disrupting operations. However, the attacker, though in a position to do a great deal of damage, did nothing apart from bringing about a controlled shutdown. Various ICS assets were disconnected and disabled.

In the case of the incident reported by the Coast Guard, it was mentioned that the Ryuk ransomware was employed to disrupt operations at a Maritime Transportation Security Act regulated facility.

Dragos cited the following common elements in the two reports to justify its conclusion that the two incidents were the same:

The company said a number of factors meant it was confident enough to state that the incident did not represent a case of someone specifically targeting an industrial control system.