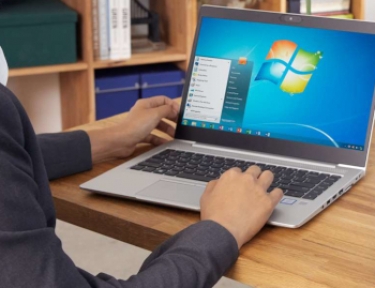 Security firm Tenable has warned individuals and businesses who are using Windows 7 to ensure that their systems are patched and up-to-date as support for the operating system expires on Tuesday.

Microsoft announced some time ago that Windows 7 and Windows Server 2008 would reach their end of life on 14 January.

Tenable senior research engineer Satnam Narang said: "With Microsoft discontinuing support for Windows 7 and Windows Server 2008 on 14 January, it is imperative that consumers and businesses take steps to ensure their systems are not vulnerable.

"In December 2019, Microsoft released fixes for CVE-2019-1458, an elevation of privilege vulnerability that was exploited in the wild.

"We strongly encourage consumers and businesses to take stock of what Windows 7 or Windows Server 2008 assets remain and make immediate plans for migration."

The date marks the first Patch Tuesday for Microsoft, the day on which the company usually releases fixes for its many products.

Technology research firm GlobalData said the end of support for Windows 7 and Windows Server 2008 provided an opportunity for both Microsoft and PC manufacturers in Asia, as new hardware would be in demand.

“With Windows 7 coming to an end of life, we expect businesses in Asia to offset some of their needs by purchasing new PCs," GlobalData's head of Technology and Telecoms Data, Nishant Singh, said.

"This should reflect in a slight bump in PC sales in 2020. However, most enterprises in the cost-conscious markets of Asia will choose the option of upgrading their existing compatible PCs to Windows 10, as this will provide the cheaper option.”

Singh added: “While it remains to be seen how Microsoft eventually handles the release of Windows going forward, for now, it appears that there will be no major releases of Windows beyond Windows 10. As such, Windows 10 provides a clear upgrade path for all businesses in Asia who need to move on from Windows 7.”

More in this category: « No let up in cybercriminal attacks on machine identities in 2020 warns Venafi A-G Barr says Apple yet to co-operate with FBI request for iPhone data »
back to top