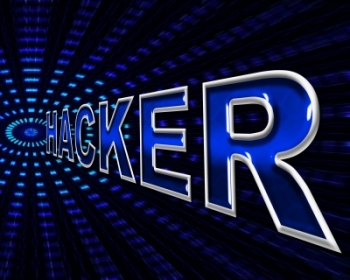 A newly published global security threat report warns that companies may have been taking the wrong security measures in the face of growing threats from increased malware traffic within encrypted (https) web protocols as well as twice the number of attacks on supervisory control and data acquisition (SCADA) systems.

Concern about the security measures taken by companies comes from the Dell Threat Report covering the 12-months of 2014, and compared with the security posture of these companies in 2013.

According to Dell, more companies were exposed to attacks within “secure” HTTPS web protocol in 2014 than they were in 2013.

“Everyone knows the threats are real and the consequences are dire, so we can no longer blame lack of awareness for the attacks that succeed,” said Patrick Sweeney, executive director, Dell Security.

Sweeney says that for many years, financial institutions and other companies that deal with sensitive information have opted for the secure HTTPS protocol that encrypts information being shared, otherwise known as SSL/TLS encryption.

And, he says, more recently, sites such as Google, Facebook, and Twitter began adopting this practice in response to a growing demand for user privacy and security.

According to Sweeney, while this move to a more secure web protocol is a positive trend, hackers have identified ways to exploit HTTPS as a means to hide malicious code.

“Given that data (or in this case malware) transmitted over HTTPS is encrypted, traditional firewalls fail to detect it. Without a network security system that provides visibility into HTTPS traffic, organisations run the risk of letting malware from sites using HTTPS enter their systems and go undetected,” Sweeney warns.

Dell’s research saw a rise in HTTPS traffic in 2014, which it says could lead to an increase in attacks leveraging encrypted web traffic this year, with the company revealing:

•    Encrypted malware attacks have already begun to target mainstream media sources - in December 2014, Forbes’ Thought of the Day interstitial page was hijacked by Chinese hackers to distribute malware over a three-day period.

“Managing threats against encrypted web traffic is complicated. Just as encryption can protect sensitive financial or personal information on the web, it unfortunately can also be used by hackers to protect malware,” Sweeney says.

Sweeney says industrial operations leverage SCADA systems to control remote equipment and collect data on that equipment’s performance, and the research found that attacks against SCADA systems are on the rise, and “tend to be political in nature” as they target operational capabilities within power plants, factories, and refineries.

According to the Dell SonicWALL research, there was a two-fold increase in SCADA attacks against its customer base last year compared to 2013:

•    The majority of these attacks targeted Finland, the United Kingdom, and the United States. According to Dell, one likely factor is that SCADA systems are more common in these regions and more likely to be connected to the Internet

•    Buffer overflow vulnerabilities continue to be the primary point of attack.

“This lack of information sharing combined with an ageing industrial machinery infrastructure presents huge security challenges that will to continue to grow in the coming months and years.”

•    More organisations will enforce security policies that include two-factor authentication. Along with this development we will see an increase in attacks against these technologies

•    The emergence of more malware for Android devices targeting specific apps, banks, and user demographics, along with more malware tailored for specific technologies, such as watches and televisions, is expected

•    As wearable technology becomes more widespread in the next year, expect to see the first wave of malware targeting these devices

•    Digital currencies including Bitcoin will continue to be targeted; Botnets will be involved in the digital currency mining attacks

•    Home routers and home network utilities, such as surveillance systems, will be targeted and perhaps used to assist large DDoS attacks

•    Electric vehicles and their operating systems will be targeted.

More in this category: « Is Apple’s iOS a malware magnet? Five year old vulnerability still not fixed: Bitdefender »
Share News tips for the iTWire Journalists? Your tip will be anonymous