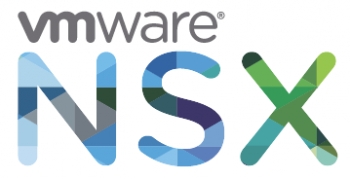 Cyber security is a constant battle, but VMware is delivering on promises it made during VMworld 2017 to simplify the security burdens on enterprise.

iTWire attended VMware chief executive Pat Gelsinger’s keynote at the company’s annual event last year, where Gelsinger stated the tech industry had failed business, with too many security products across too many segments, with too much complexity to bridge it all together. “We need to restructure security. It has to be built-in and those many components have to go away and be native components with the infrastructure itself. It has to be intrinsically built-in,” Gelsinger said.

Gelsinger committed that VMware would transform cyber security, from “chasing bad” to “ensuring good” and this philosophy is being realised in VMware NSX for vSphere 6.4, among other products.

For clarity, micro-segmentation brings security policies traditionally only enforced at the perimeter down to the application. It has proven successful but also creates challenges – where does one begin? How do you manage it as applications change? How will security evolve as breaches are evolving?

VMware saw the virtualisation layer as the ideal place to implement this critical defence capability because NSX is close enough to the application to gain valuable context and enforce granular security, while at the same time being separate enough from the application to protect NSX from the attack surface in the event of malicious exploitation.

Beyond the architectural advantages of NSX, the product has been using attributes in the context of the application — like VM name, OS version, regulatory scope and more — to create policy. This approach enhances security, is more manageable, and can be automated, rather than basing policy on constructs like IP addresses which may change often. VMware NSX for vSphere 6.4 takes this to a higher level adding context-aware micro-segmentation, better securing applications using the full context of the application.

In addition, VMware NSX for vSphere 6.4 delivers many ease of use enhancements, simplifying the GUI, bring dashboard and logging enhancements, and many other operational improvements.

Security threats continue to evolve, but increasing sophistication of security controls is only half the battle – the solutions must also be simple to deploy and manage in order to operate at scale. VMware says these two goals were major design factors in NSX for vSphere 6.4, and it is generally available now.

More in this category: « OnePlus admits 40,000 card details may have been stolen One Identity acquires privileged access management firm »
Share News tips for the iTWire Journalists? Your tip will be anonymous