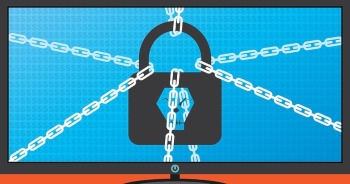 Victorian regional health service Barwon Health is one among numerous entities in the state's health network to be hit by a ransomware attack. Details are expected to be announced later today by the state's Premier, Daniel Andrews.

The organisation has more than 7000 staff and has ties to Deakin University, Melbourne University, Monash University and a number of other educational institutions.

The hospitals affected are part of the Gippsland Health Alliance and of the South West Alliance of Rural Health.

A statement from the Department of Premier and Cabinet said: "The information technology systems at a number of hospitals and health services in Gippsland and south-west Victoria have been impacted by a cyber security incident.

"At this time, there is no suggestion that personal patient information has been accessed."

It added that a number of servers across the state had been affected.

The statement said the attack had led to the shutdown of some patient record, booking and management systems, which could affect patient contact and scheduling.

"Where practical, hospitals are reverting to manual systems to maintain their services," it said.

"The affected hospitals are now working on their bookings and scheduling to minimise impact on patients, but may need to reschedule some services where they don’t have computer access to patient histories, charts, images and other information."

In May, the state auditor-general warned that there serious weaknesses in cyber security at some of Victoria's health databases which put patient data at risk.

This, the A-G said, demonstrated "the significant and present risk to the security of patient data and hospital services".

In February, the Melbourne Heart Group, a medical unit located at Cabrini Hospital in the suburb of Malvern, was hit by a Windows ransomware attack that resulted in the data of about 15,000 patients being locked.

Ransomware generally attacks only Windows systems; despite there being a rash of attacks around the world over the last two or three years, there are no cases of systems running macOS being hit. In the case of Linux, ransomware that attacks third-party software that runs on the operating system has been found.

But there have been no attacks of the sort that are a regular occurrence on Microsoft's operating systems.

Commenting on the incident, Rick McElroy, the head of security at endpoint security firm Carbon Black, said it was yet another reminder of the inadequate security controls at some of Australia’s health organisations.

"Healthcare records can yield four times more money ($100 on average) than financial data in underground markets. These records contain all sensitive information about an individual. Australia is not alone, here. The healthcare industry as a whole is woefully under-protected," he said.

"Carbon Black’s second Australia threat report found that 97% of surveyed Australian organisations have suffered one or more breaches in the past 12 months due to external cyber attacks, with ransomware accounting for 17% of data breaches in Australia."

McElroy said the rapid adoption of cloud technology and employee mobility had eroded the traditional perimeter with hackers now targeting endpoints – the laptops, desktops, and servers housing the most sensitive information for an organisation.

"As this breach in Australia suggests, endpoint protection at healthcare organisations appears to be severely lacking. Beyond technology, humans are often the weakest link in any organisation’s security posture. This is where education and security awareness training can play an important role," he said.

"Prevention is always the best cure but minimising detection and response time during a breach is critical. Putting a reliable security solution in place that can alert on anomalous and suspicious activity can help reduce dwell time from weeks down to minutes. Breaches are inevitable. Losing sensitive information doesn’t have to be."

More in this category: « More than half of Australian office workers have had their data compromised LogRhythm launches unlimited SIEM plan »
Share News tips for the iTWire Journalists? Your tip will be anonymous